Two freshmen in particular asserted themselves

After a little bit of a sluggish start, Indiana men’s basketball got back on track to start out the 2022-2023 season 1-0 with an 88-53 victory over Morehead State.

Considering it was IU’s first game of the season, as well as the first time this core group of Indiana players have had this type of national hype before, it was a good win for the Hoosiers. There were some ups and some downs, but the Hoosier team that we saw in the second half is certainly one that Hoosier fans expect to see each and every night. Here are some of my other takeaways from Monday night.

One of the biggest storylines coming into this year was how four-star recruits Jalen Hood-Schifino and Malik Reneau would fit into Mike Woodson’s rotation and how many minutes they would get. And after Monday, I think we could see an increased role from both these young stars.

Yes Hood-Schifino only had seven points scoring on the night, but he only took four shots and made three of those. The freshman also got 27 minutes against Morehead State, but that wasn’t exactly the plan according to Woodson, as Hood-Schifino was given more minutes due to starting point guard Xavier Johnson getting into foul trouble.

However, seeing how Hood-Schifino comfortably got to his jump shot in that second half, I could definitely see his role increasing in the future.

My real surprise from this game was Reneau’s play off the bench. Reneau had played well in IU’s two exhibition games against Marian and St. Francis, but I was interested to see how Reneau was tested against a better team in Morehead State.

And he did not disappoint, as he tied Trayce Jackson-Davis as the leading scorer on the night with 15 points, also adding five rebounds and a pair of blocks. I’m interested to see what Woodson does with Reneau as the season goes on, as we could see Reneau in a number of different lineup scenarios.

Free throws are still an issue

Three-point shooting and free throws have been two of IU’s Achilles heels for a couple of years now, and Monday night was no different. The team shot a combined 12-for-21 from the stripe last night, which adds up to be just over 57%. The Hoosiers have simply got to make free throws if they want to beat some of the powerhouse teams they have on their schedule.

Yes this is Morehead State, and this Indiana team can get away with bad nights at the line and still find a way to win by 30. But if this same performance from the free-throw line happens in a little over a week against Xavier in Cincinnati, we could very well see a different result from what we saw Monday night.

This could be one of the deeper IU teams in years

Indiana has always had the talent on paper to be a very good team, but they’ve seemed to lack the depth off the bench in recent years to give starters some rest. But from what we saw from IU’s bench in the second half, the Hoosiers could easily have a solid nine-man rotation going that can give players such as Jackson-Davis, Johnson and Race Thompson some rest.

Jordan Geronimo has been a player talked about nationally who is due for a breakout year. And Monday night, he showed flashes of why he was talked about during the offseason. Geronimo had 10 points off the bench, but his athleticism is really what makes him such an impact player both on defense and rebounding the ball, and I think that can really help this team out.

Tamar Bates also had a solid night coming off the bench, dropping an efficient nine points, two rebounds, two assists and a pair of steals. Bates also plays both sides of the ball very well, which will be big later in the season when IU will face some very talented guards throughout their schedule.

Overall, it was a good first game from the Hoosiers. The second half will be something that Woodson and company can look back on as a positive from this game, as well as the play from the freshmen and bench. IU will look to do the same against Bethune-Cookman on Thursday night, before a big test the following Friday against the Xavier Musketeers. Thursday’s game is at 8:30 p.m. at Assembly Hall, and will be aired on Big Ten Network. 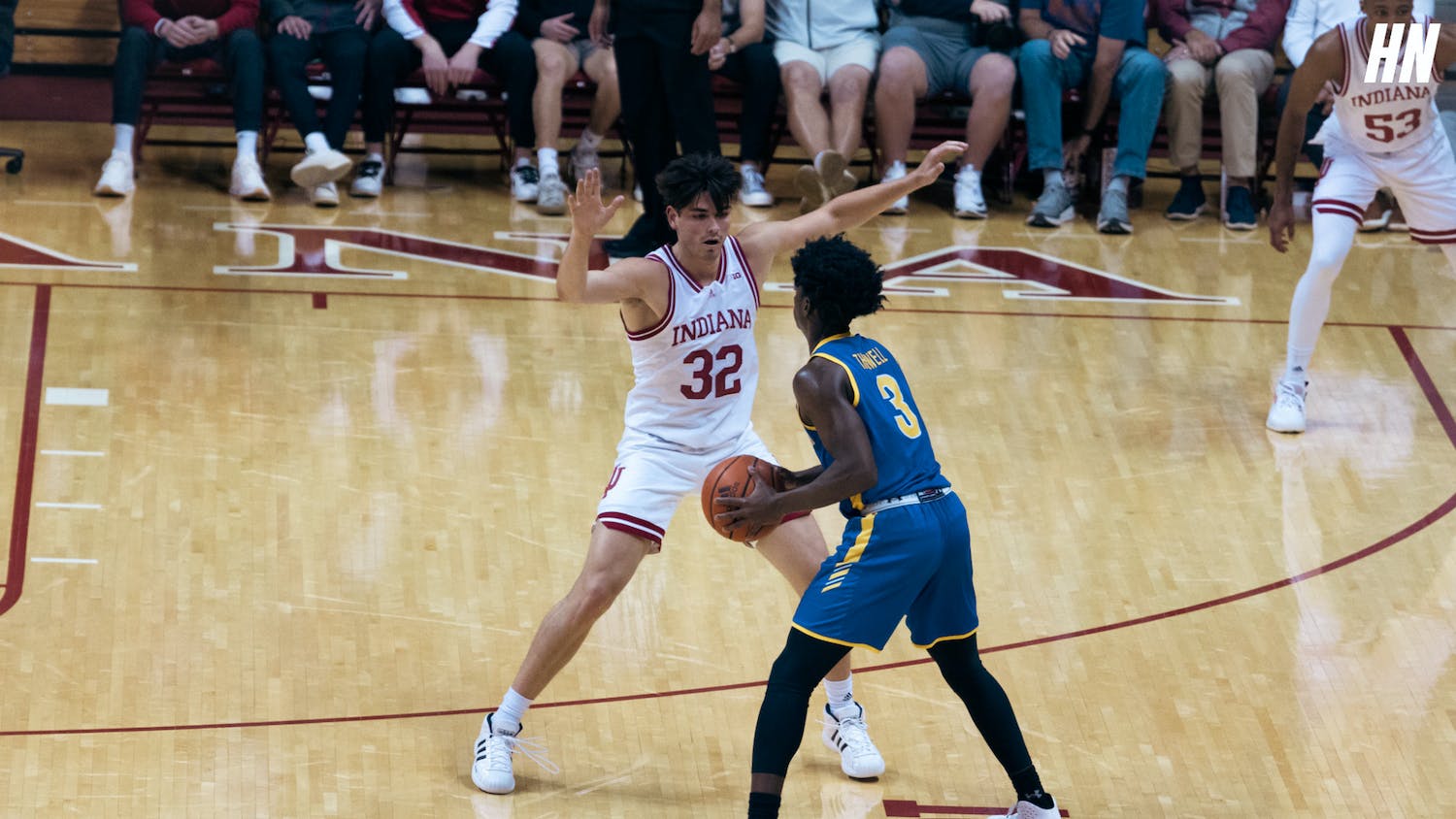 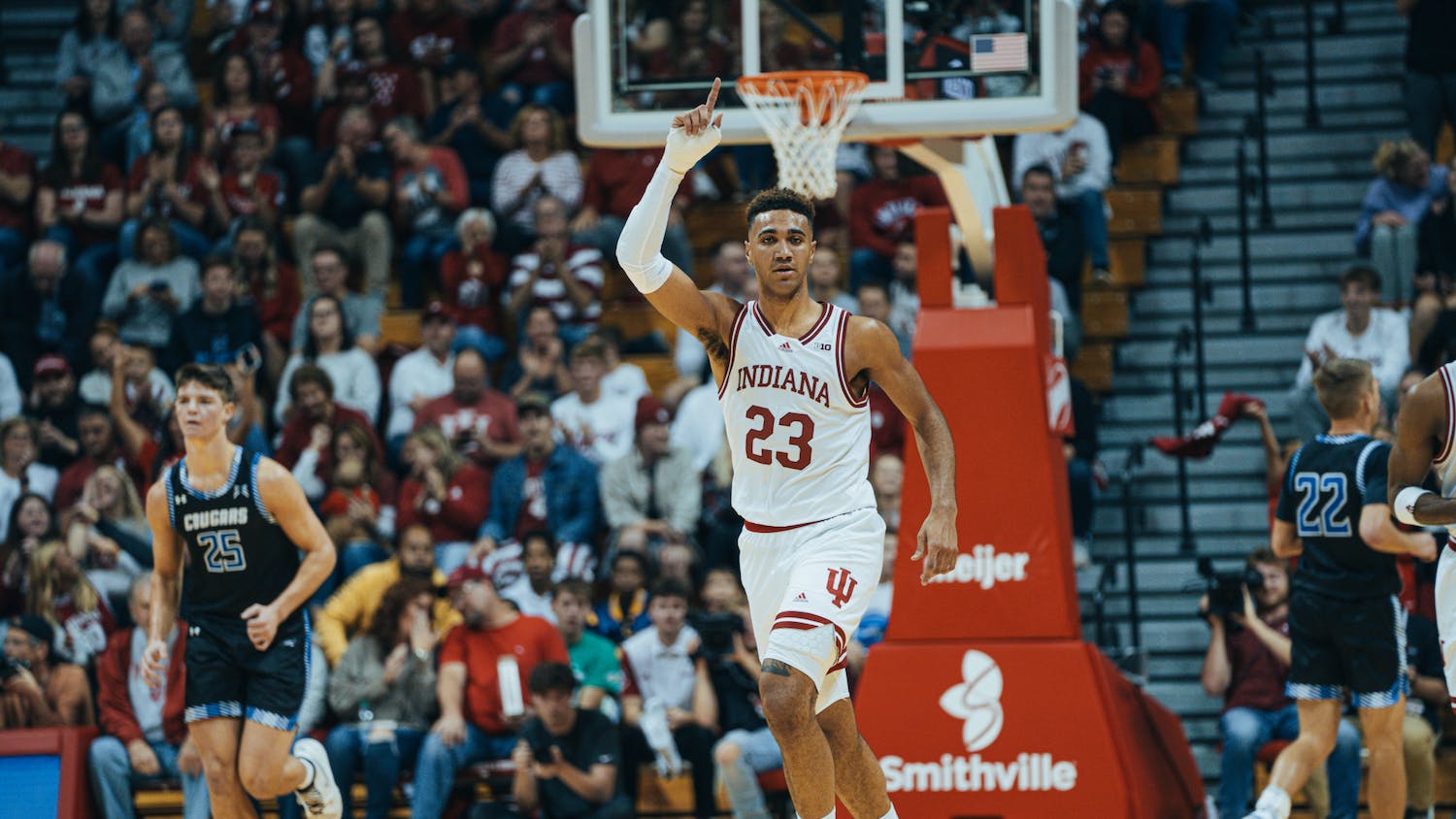 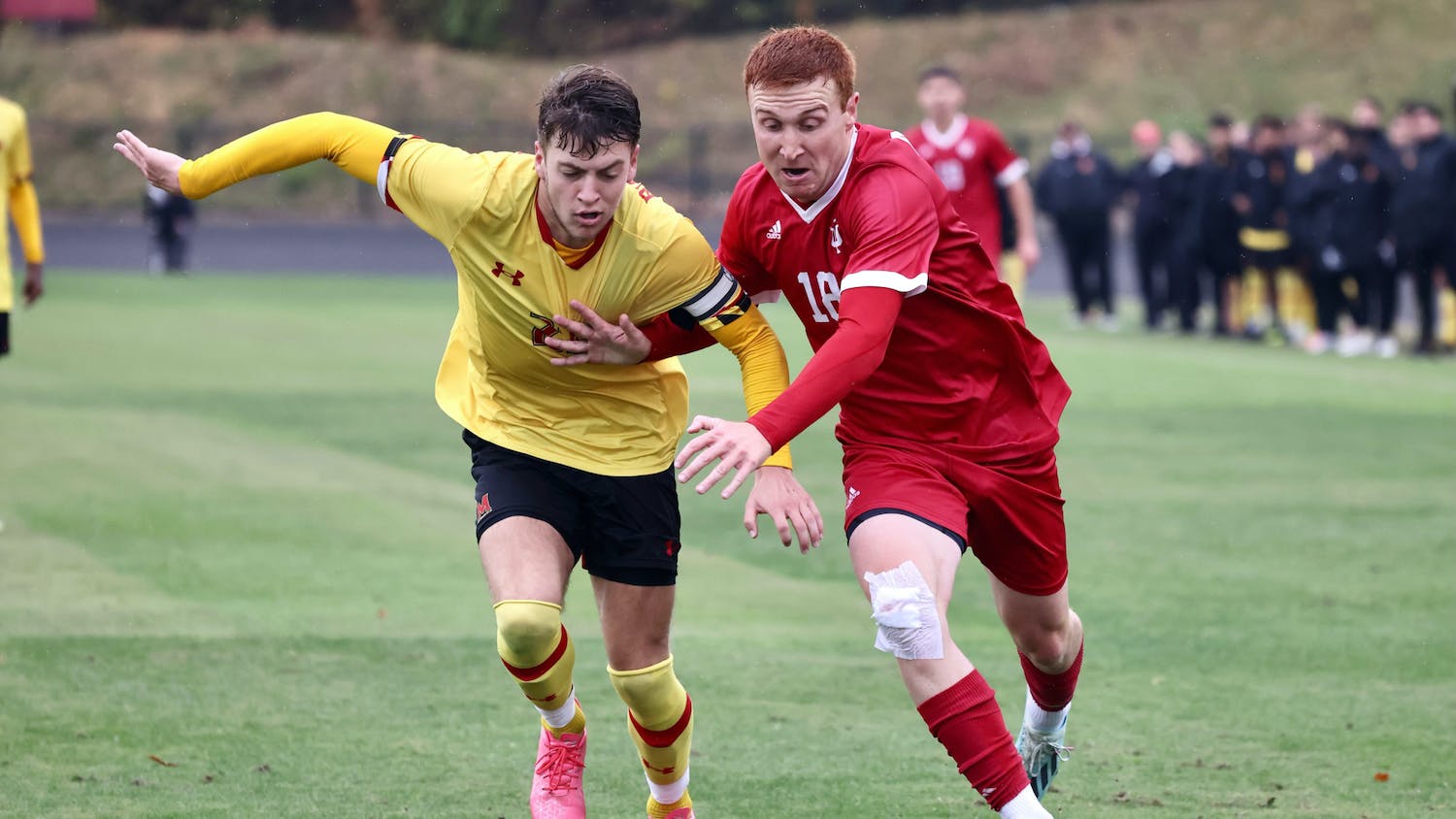 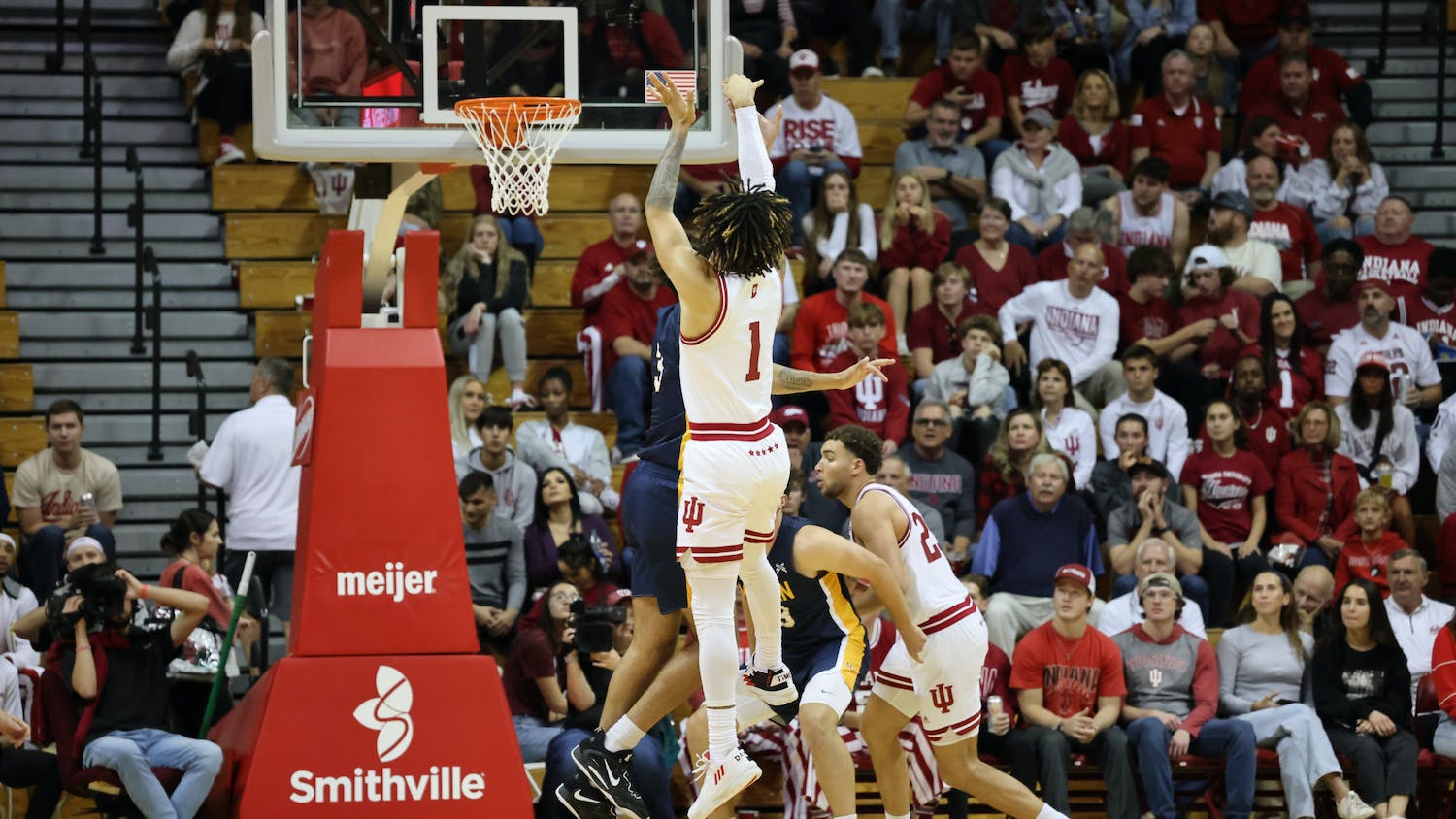 'He plays like a vet': Jalen Hood-Schifino and IU freshmen impress in exhibition win over Marian