Galloway is looking to build upon the flashes he showed in his sophomore season.

Trey Galloway was a fun player for the Indiana men’s basketball squad in 2021-22. Galloway’s season was disrupted by a broken wrist that took him out for 10 games and a high groin pull that left him out of five. The Hoosiers got some nice energy out of Galloway last year, but injuries interfered with what his sophomore season could’ve been.

Last season, Galloway averaged 5.5 points per game on 51.2% true shooting. Where does his game lie going into his junior year?

WHAT GALLOWAY DOES WELL

Galloway uses his athleticism well to get downhill and finish. When he played, this was vital for the Hoosiers. Per basketball statistician Bart Torvik, Galloway was one of three Indiana guards to shoot over 40 “close 2s” last season. Galloway made 61% of these shots, which was the best mark of any IU guard.

Galloway is a marvel to watch in transition. He utilizes colossal strides to get to the hoop in space.

Something that stood out on Galloway’s drives was the patience he showed while attacking. Galloway rarely displayed tunnel vision on drives, and he can tilt the defense and make the right play.

The game slowed down for Galloway in his sophomore season, and you should expect more of the same this year. The Hoosiers need him to be a reliable attacker this season.

Off-ball offensive players had issues when guarded by Galloway last season. He was regularly ready for cuts and was seldom taken away by screens.

Harassing skilled players before they even catch the ball can do wonders for a defense. Galloway did a lot of this last year when given the opportunity.

In college basketball, some teams rely on off-ball movement more than others. When Indiana faces teams with elite off-ball scorers, expect Galloway’s playing time to increase in a “chaser” role.

When looking at the film, it was surprising to see how effective Galloway was on ball screens in 2021-22. He didn’t run many pick-and-rolls, but the results were fairly positive when he did.

Galloway mixes his downhill ability with willing passing on these ball screens. While IU’s point guards were the main pick-and-roll ball handlers last season, it may pay off to invest more in Galloway reps on ball screens.

At times, Galloway’s pick-and-roll reads can be too predetermined. Watch how Trayce Jackson-Davis draws the attention of the help defender on this play, but Galloway still tosses the pass.

Galloway gets bailed out by a Purdue foul, but the better play would’ve been to feed the open man in the weakside corner. Plays like this remind you that Galloway isn’t a true point guard, but he can still be a suitable decision-maker with increased reps.

WHAT GALLOWAY CAN IMPROVE

Galloway has simply been a horrendous shooter in his first two years in Bloomington. He’s made exactly six 3s in each of his college seasons. Galloway has only felt comfortable shooting off the catch, and he’s struggled to knock the shots down.

It’d be absurd to expect Galloway to become an outstanding shooter this year. You just don’t see many players become serious threats a year after shooting 21.4% from deep.

If Galloway can get into the 30% range while increasing his volume, that’ll be a win for the Hoosiers (even if it doesn't seem like it). This is a glaring hole in Galloway’s game that will take more than one offseason to correct. It will be interesting to see if his willingness to shoot grows early in the year, even if his shooting percentage doesn’t.

Although Galloway had promising playmaking flashes last year, he needs to tighten his dribble to become a true primary creator. There were instances when a lack of ball-handling ability halted Galloway’s drives, forcing him to just give the ball up.

This inability to take an extra dribble through traffic limits what Galloway can do on offense. He needs a better handle so he can get closer to the basket and either shoot or make plays.

Galloway’s loose handle occasionally led to turnovers last year. When five IU players were suspended against Northwestern and Galloway had to play point guard, he coughed it up five times.

If Galloway’s on-ball usage increases, he’ll need to strengthen his dribble. Doing so will unlock more opportunities for Galloway to score and distribute this season.

Galloway will continue to be an energizer for the Hoosiers this season. What he provides in transition and on defense is crucial for Indiana.

For Galloway, a junior season improvement would be if he can put more stress on defenses with what he does as a ball handler. It’s possible that Galloway could’ve increased his minutes last season had he not suffered multiple injuries. Mike Woodson and the Indiana staff could do lots of experimentation with Galloway early on.

This is the third preseason player analysis. Check out all of the deep dives here. 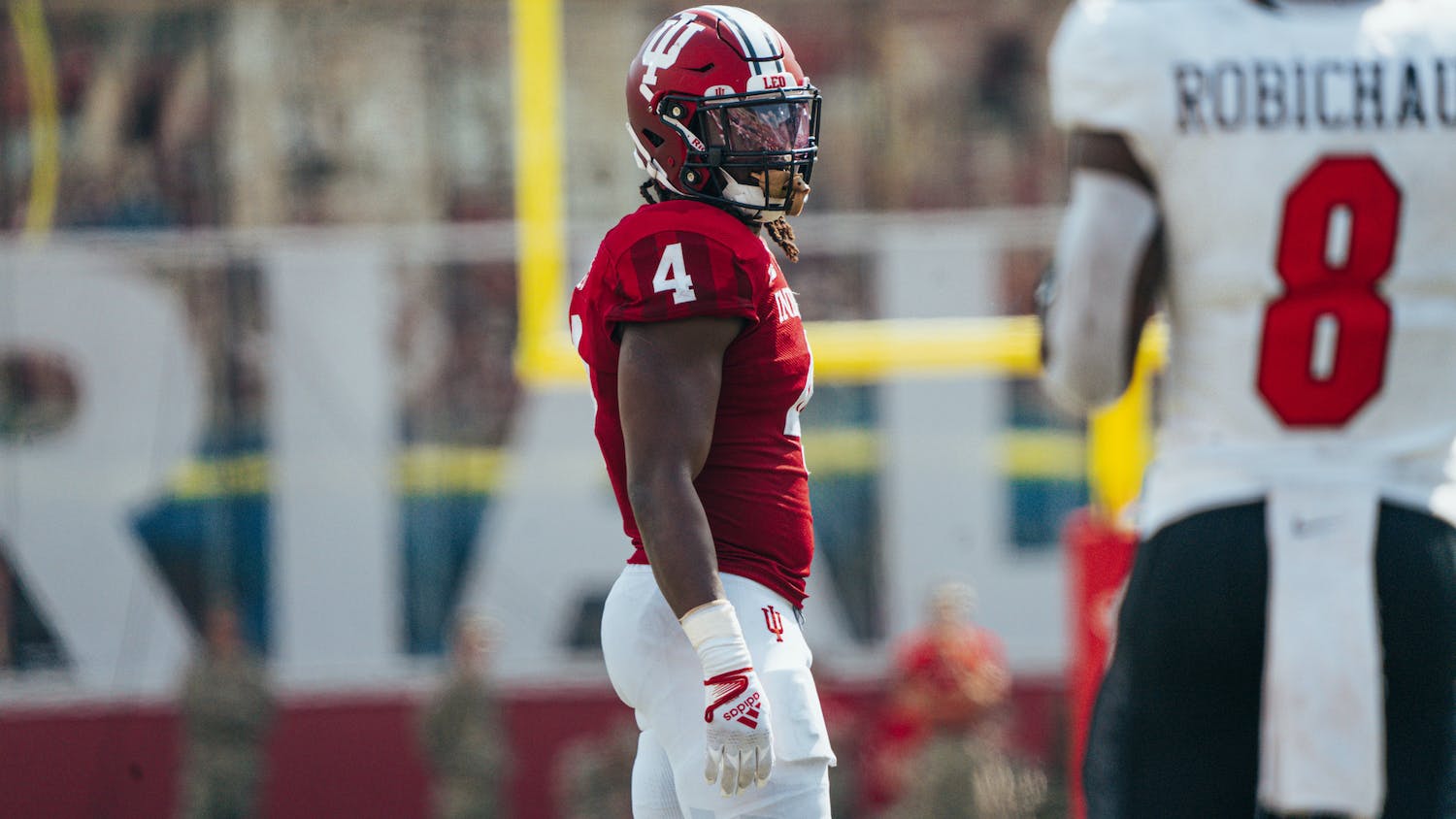 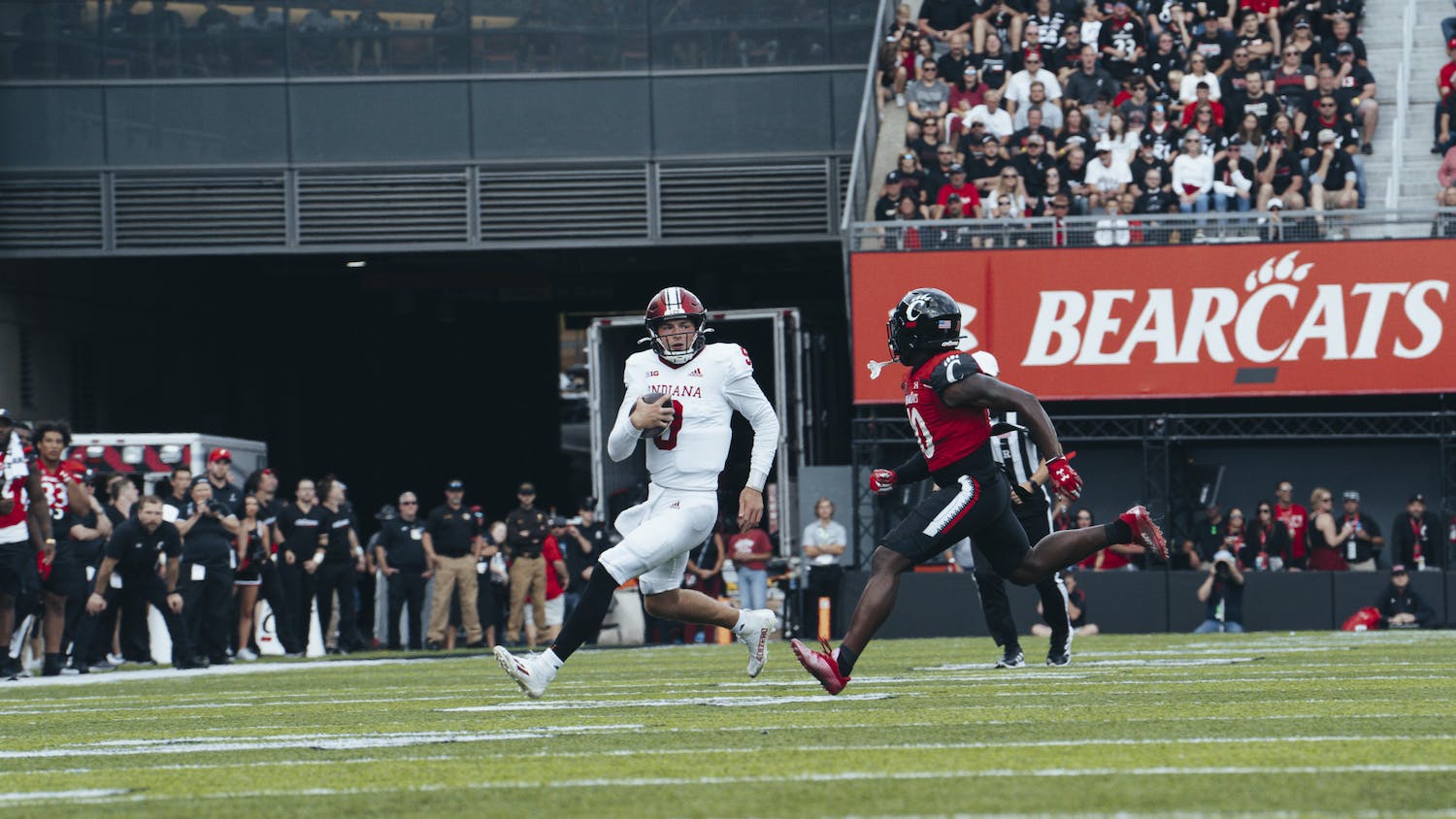