WEST LAFAYETTE, Ind. – For just a moment, Indiana looked like the 2020 squad that peaked with a No. 7 ranking in the AP Poll.

With 12 minutes left in the second quarter, the game was tied 7-7 as Indiana cornerback Jaylin Williams sat back in zone coverage. Williams jumped the route to intercept Purdue quarterback Aidan O’Connell and went untouched for a pick six. But as quick as Williams was to reach the end zone was the sideline referee to reach for the flag in his pocket.

Raheem Layne collided with the intended Purdue receiver, allowing O’Connell’s pass to float directly into Willams’ hands. Pass interference was called on Layne, and Indiana’s best chance at a game-changing play was taken away. And on the very next play, O’Connell found tight end Paul Piferi down the sideline for a 24-yard touchdown to give Purdue a 14-7 lead.

“That was tough,” Indiana head coach Tom Allen said. “We needed some confidence. That was the first takeaway we’ve gotten in a while.”

Indiana has intercepted five passes in 2021 after picking off opposing quarterbacks 17 times last year, which was good for second in the nation. But Indiana failed replicate this short glimpse into the past as O’Connell picked apart the Indiana secondary in a 44-7 loss in West Lafayette.

This game represented the basic blueprint for each of Indiana’s last four losses: success on a scripted drive to start the game, followed by limited red zone trips and an inability to limit the opposing quarterback through the air.

The Hoosiers went from a No. 17 preseason ranking to a 2-10 record with wins coming against Idaho and Western Kentucky. Indiana and Vanderbilt finish the college football regular season as the only Power Five schools without a win over a Power Five school. Indiana was outscored 316-94 in Big Ten games this season.

Indiana showed signs of life offensively on its first drive of the game, going 11 plays and 75 yards for a touchdown. Walk-on quarterback Grant Gremel earned the start and went 6-for-8 for 55 yards on the opening drive.

“I settled in pretty quick,” Gremel said. “I felt comfortable, I felt good.”

But offensive coordinator Nick Sheridan called freshman quarterback Donaven McCulley’s number on the goal line. McCulley waited for blocks from Charlie Spegal and Matt Bjorson before plowing forward for a touchdown on a quarterback draw.

But after a sharp first drive, Indiana failed to score for the rest of the contest. Gremel finished the game completing 18 of 30 attempts for 147 yards and an interception. And after scoring a touchdown to tie the game, McCulley didn’t see the field the rest of the afternoon.

“I just don’t think we executed the way we wanted to,” Gremel said. “That’s been the theme the whole season…we shoot ourselves in the foot a lot.”

The continued offensive struggles left the defense on the field for the majority of the game, and as Purdue commanded a 20-point lead throughout the second half, O’Connell took his time to dissect the Indiana defense. O’Connell finished the game completing 26 of 31 passes for 278 yards and four touchdowns.

Indiana’s defense held strong when stopping the run in the first half, allowing 20 yards on 12 carries. But as Purdue controlled the pace of the game in the second half, the Boilermakers began to milk the clock by running the ball. Purdue rushed 16 times for 147 yards and one touchdown in the second half.

The result is yet another blowout loss for Indiana head coach Tom Allen and the Hoosiers. And now, Allen is faced with the task of rebuilding the kind of belief around Indiana football that led to two straight bowl game appearances and players from the SEC transferring to Indiana to play for Allen.

A lot will likely change in the coming weeks as the transfer portal becomes more prevalent in college football. Before the Purdue game, Jacolby Hewitt, C.J. Person and D.K. Bonnhome entered the transfer portal, and after a 2-10 season, it wouldn’t be surprising to see more players leave.

Indiana also has quite the predicament at quarterback next season after a slew of injuries during the season. Michael Penix Jr. suffered the fourth season-ending injury of his career and Jack Tuttle was inactive in the final two games, but both maintain eligibility for next season.

McCulley showed bits of potential with his feet, but struggled mightily throwing the ball. Dexter Williams suffered a torn ACL before the season, and it’s unlikely that Indiana enters a season with the walk-on Gremel as the starter.

So what’s left of a disaster season in 2021 are questions at every level of the roster and coaching staff. The only glimmer of hope heading into this offseason lies on the fact that Indiana has its top recruiting class in school history arriving in Bloomington next fall.

But for Allen, Indiana’s staggering freefall in 2021 means evaluation of every level is on its way.

“That’s part of it,” Allen said. “Everyone needs to be held accountable and it begins with me.”
More 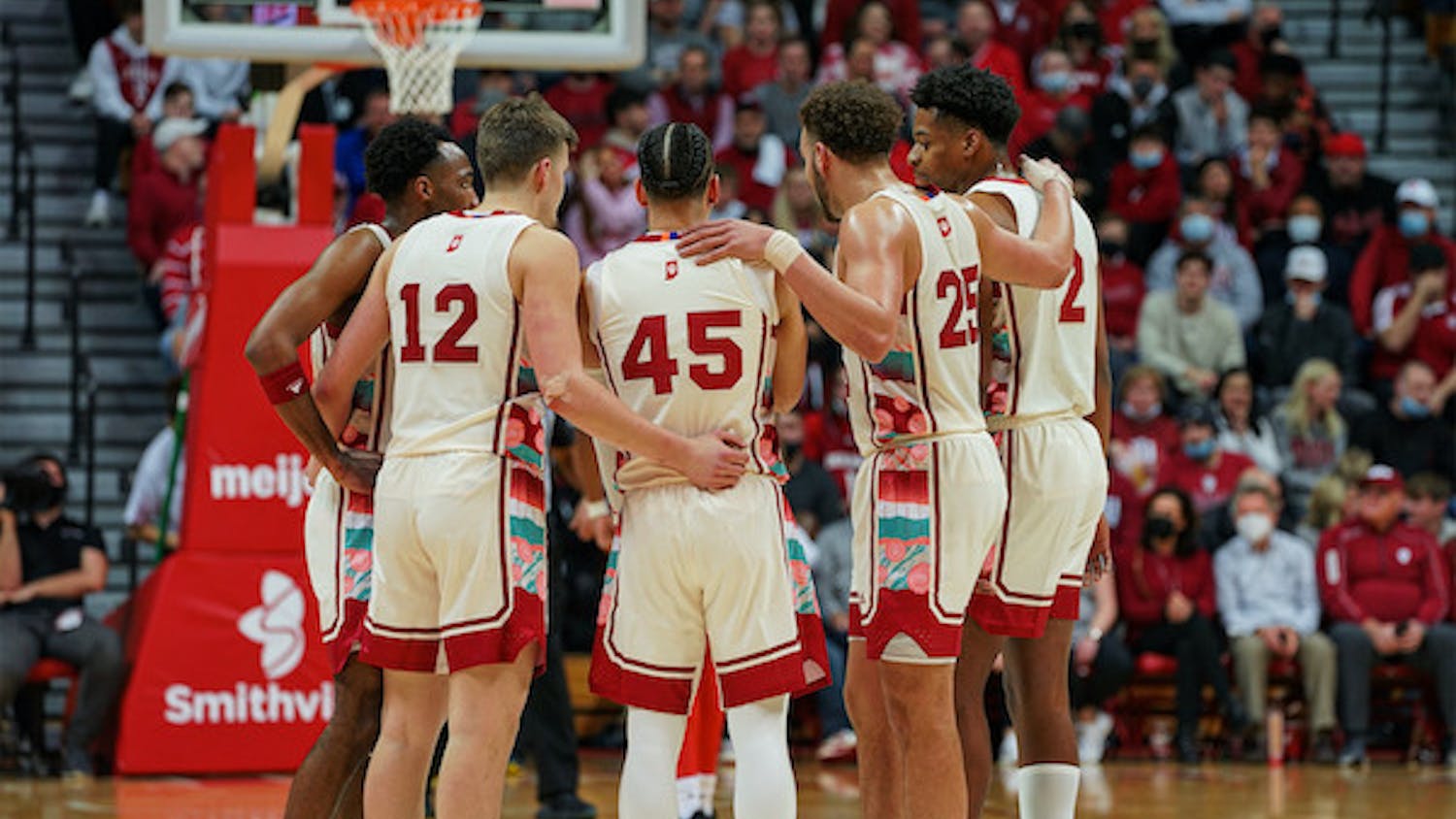