Less than 48 hours after losing a devastating game to Maryland in 11 innings in the opening round, Indiana came out on top in the second marathon game between the two teams in three days. The Hoosiers won 6-4 in 11 innings to keep its hopes alive of winning the conference tournament and receiving the automatic bid to the NCAA Tournament.

It’s the first time in Big Ten Tournament history that an eight-seed has eliminated the one-seed.

Indiana was three outs away from defeat in the top of the ninth and one strike away in the bottom half from bowing out of the tournament and having its season end in heartbreaking fashion. But, the “never give up, never surrender” mentality reappeared in Omaha.

Indiana took the lead early, scoring a run in both the second and third innings. Tyler Doanes hit a sac fly and Bobby Whalen scored via an error -- a common theme throughout the Indiana games -- on a ball hit by Hunter Jessee. It’s the third straight game that Indiana has scored an unearned run. Maryland made three errors Saturday, one less than Illinois made Friday.

Maryland scored in the fourth and fifth innings to tie the game at two.

Jack Perkins, who took the loss in Thursday night’s game against the Terps, got a chance to redeem himself by starting on Saturday afternoon. Perkins turned in a good start, allowing two runs in five innings of work, recording five punchouts in the process.

After Ryan Kraft hit a batter and walked the next one, it turned into the Braydon Tucker show. Tucker, who came into the game with an ERA north of six, pitched six innings in relief to earn the win and keep the Hoosiers hopes alive.

As good as Tucker was, it seemed that he -- literally -- threw the season away in the bottom of the sixth, his first inning of work out of the bullpen. After Indiana went back up by a run in the top half courtesy of a Matthew Ellis RBI double, Tucker allowed the first two Terps to reach before chaos ensued. The Maryland batter, Maxwell Costes, showed bunt on a 2-0 pitch, but did the last thing he wanted to do: Popped it up. Turns out, the ball was placed perfectly over the mound on the third base side. Tucker was hesitant to get off the mound for a ball he should have caught in the air, and then it got worse. Tucker rushed to the ball, picked it up, and then fired an errant throw past the second baseman Doanes, who was covering first base. The ball trickled into right field, allowing two runs to score as the Terps had their first lead of the game, 4-3.

Tucker settled down and retired the next three hitters in succession, limiting the damage to just a self-inflicted wound. Both runs were unearned because of his error, but it appeared the mistake would cost Indiana the game, and ultimately its season.

But, in the top of the ninth, down by one, Indiana tied the game with the top of the order at the dish. Phillip Glasser hit the first pitch of the inning down the right field line for a leadoff double, and advanced to third through a Bobby Whalen single the next at-bat. Evan Goforth came off the bench, and despite grounding into a double play, got the job done as Glasser scored to tie the game at four.

In the bottom of the ninth, Maryland was one pitch away from walking it off again against the Hoosiers. The Terps had the bases loaded, one out, and a full count against Tucker. With the infield in, Nick Lorusso chopped a ball to the third-base side. Josh Pyne went back a step and fired the ball home off his back foot, in time to Peter Serruto for the fielder’s choice. Tucker got the next hitter to ground out to first, allowing Indiana fans to breathe a deep sigh of relief.

For the second time in three days, Indiana and Maryland were tied at four after regulation, meaning extra innings were required.

Neither team got close to scoring in the 10th, but in the 11th, Pyne got the hit the Hoosiers were looking for, and it turned out to be the game-winner. With two outs and the bases loaded, the freshman singled up to middle to score Whalen and Ethan Vecrumba, giving Indiana the 6-4 lead.

Tucker got the Big Ten Player of Year Chris Alleyne to strike out for the final out, eliminating the nationally seeded Terps and pushing Indiana over the finish line after a grueling four-hour, 20-minute battle.

Say what you want about the Indiana pitching all year, but credit Jeff Mercer and his staff going all the way back to the offseason. Mercer brought in a lot of pitching after losing the top three starters to graduation last season. Many of them came out of the bullpen this year, including Tucker, despite having experience starting in years past. With the conference losing a day in the tournament because of rain, the rotations were going to be taxed. With Indiana entering the losers' side of the bracket right off the jump, that meant the pitching wasn’t going to be allowed much time to relax between games.

Indiana fans, get your caffeine ready, and cancel any Sunday morning plans. The Hoosiers are set to take the field again late Saturday night at approximately 11 p.m. ET, this time against the two-seed, Rutgers, in another must-win game. Pending any schedule changes, the Hoosiers have the rare opportunity to win two games in 24 hours.

Rutgers is one of just two teams alongside Michigan that is 2-0 in the tournament thus far. The Hoosiers got swept in New Jersey by the Scarlet Knights in the regular season, despite leading in the eighth inning in all three games. 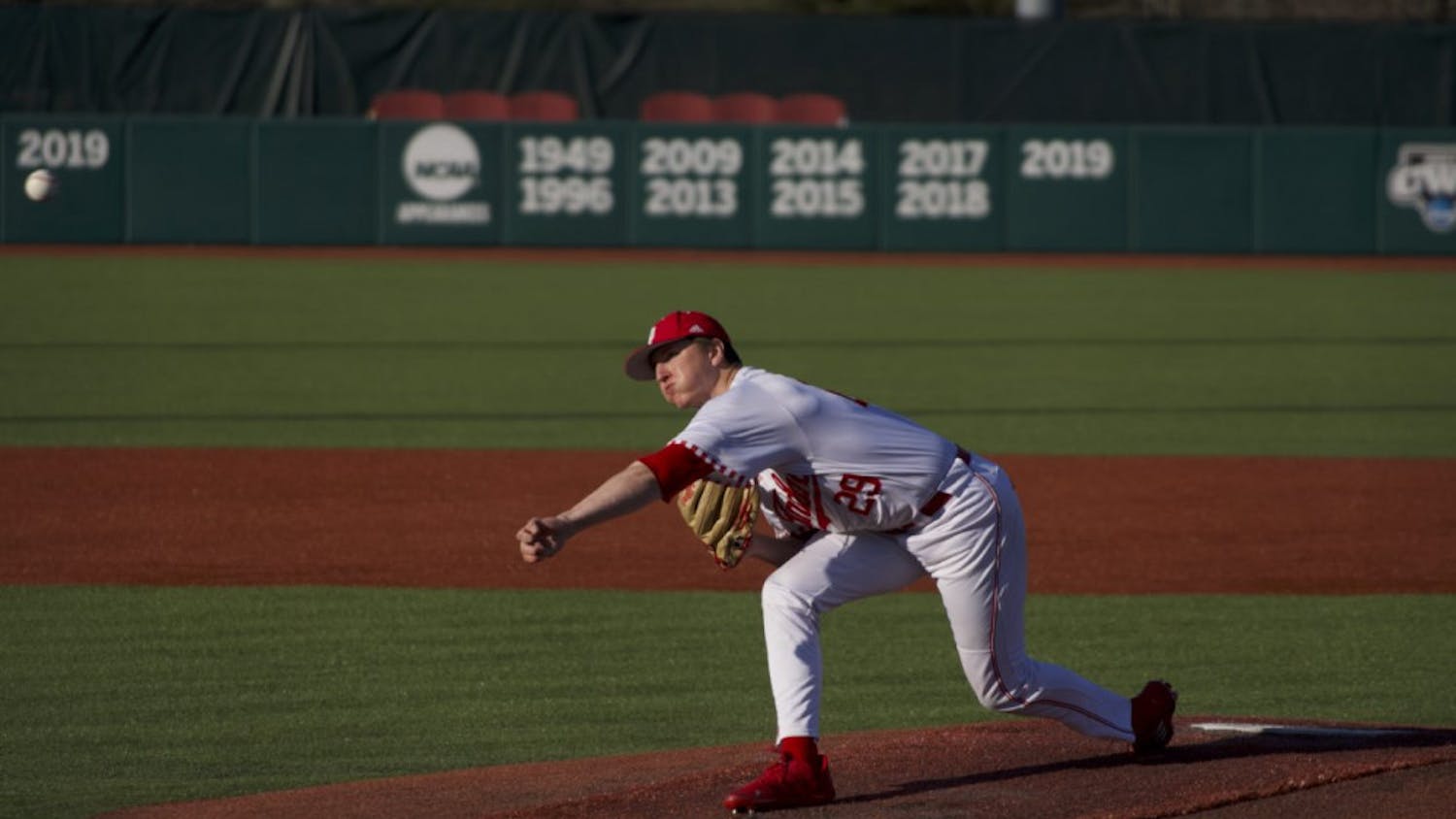