PISCATAWAY, N.J -- In the aftermath of Indiana’s 24-17 win against Rutgers, linebacker Reakwon Jones felt compelled to address his team.

The Hoosiers had just won their first Big Ten road opener since 2007, but it wasn’t anywhere close to the standard Jones wanted to meet. After leading 24-7 at halftime, Indiana was shutout by Rutgers in the second half. It took an offside penalty with three minutes remaining for the Hoosiers to escape Piscataway with a victory.

“I'm not satisfied with how the game ended, but I addressed the team in the locker room after the game,” Jones said. “I told them I'm happy. I'm extremely happy we won this game, but we all feel like we left something out there. That's how you should feel. We should play to a higher standard. “

Indiana marched into Piscataway and quickly took ahold of a game that was a must-win for the Hoosiers. They scored on all four of their first-half possessions: Stevie Scott soared into the endzone from 15 yards out in response to Rutgers’ opening possession touchdown, Peyton Ramsey just barely extended the ball past the pylon, and then found J-Shun Harris open in the flat for another score. Logan Justus nailed a 44-yard field goal. The Hoosiers were seven-of-nine on third down, and led Rutgers 24-7 at the half.


There was no knockout punch given by Indiana, though. The defense remained stingy, but IU’s offense malfunctioned. The Hoosiers ran the ball 22 times in the second half and gained 56 yards. Haydon Whitehead punted twice, Stevie Scott fumbled for the second time in as many weeks, and Ramsey was intercepted on 4th-and-9 when Allen decided against a 35-yard field goal attempt. Yes, Indiana won a critical game in the never-ending hunt for six wins. But it barely held on, against arguably the worst power-conference opponent in the country.

“They made adjustments too," Ramsey said of Rutgers. "After scoring on all four of our possessions in the first half, they had to adjust. They did a good job, but obviously we didn’t do a good enough job of executing. It came down to little things, missed assignments by really everybody. There’s no person or group to point fingers at, it was a collective offensive effort that has to be better.”

Indiana’s rushing struggles came against a Rutgers defense that allowed 400 yards on the ground to Kansas weeks prior. The Hoosiers ran all over Virginia and Ball State, but have seen their run game vanish in the last two weeks. Michigan State’s vaunted defensive line was one thing, but Allen is concerned with the performance in Piscataway.

“Didn't run the ball like I wanted us to,” Allen said. “Obviously, they loaded up at times. We'll still look at that and just got to keep working to get better at it. You gotta establish that. That never changes.”

There are significant questions that remain with this Indiana team. Right now, it is rather inconsistent and injured. Those two characteristics do not usually bode well in Columbus, where Indiana will face Ohio State on Saturday. Against Rutgers, the Hoosiers were without DT Jacob Robinson, DB's A'Shon Riggins and Cam Jones, along with slot WR’s Whop Philyor and Luke Timian.

Indiana’s wins are wins. They count the same, regardless of opponent. The Hoosiers are at four. But it will need two more for 2018 to be considered a success. The Hoosiers checked one off in Piscataway, and that may be all that is remembered following IU’s second half performance.

“Yeah but a win’s a win, especially in the Big Ten,” Ramsey said. “It’s hard to win. We came away with one. Obviously we’re not satisfied. We’re going to learn from it come Monday, move on, and flush it to get ready to go.”
More 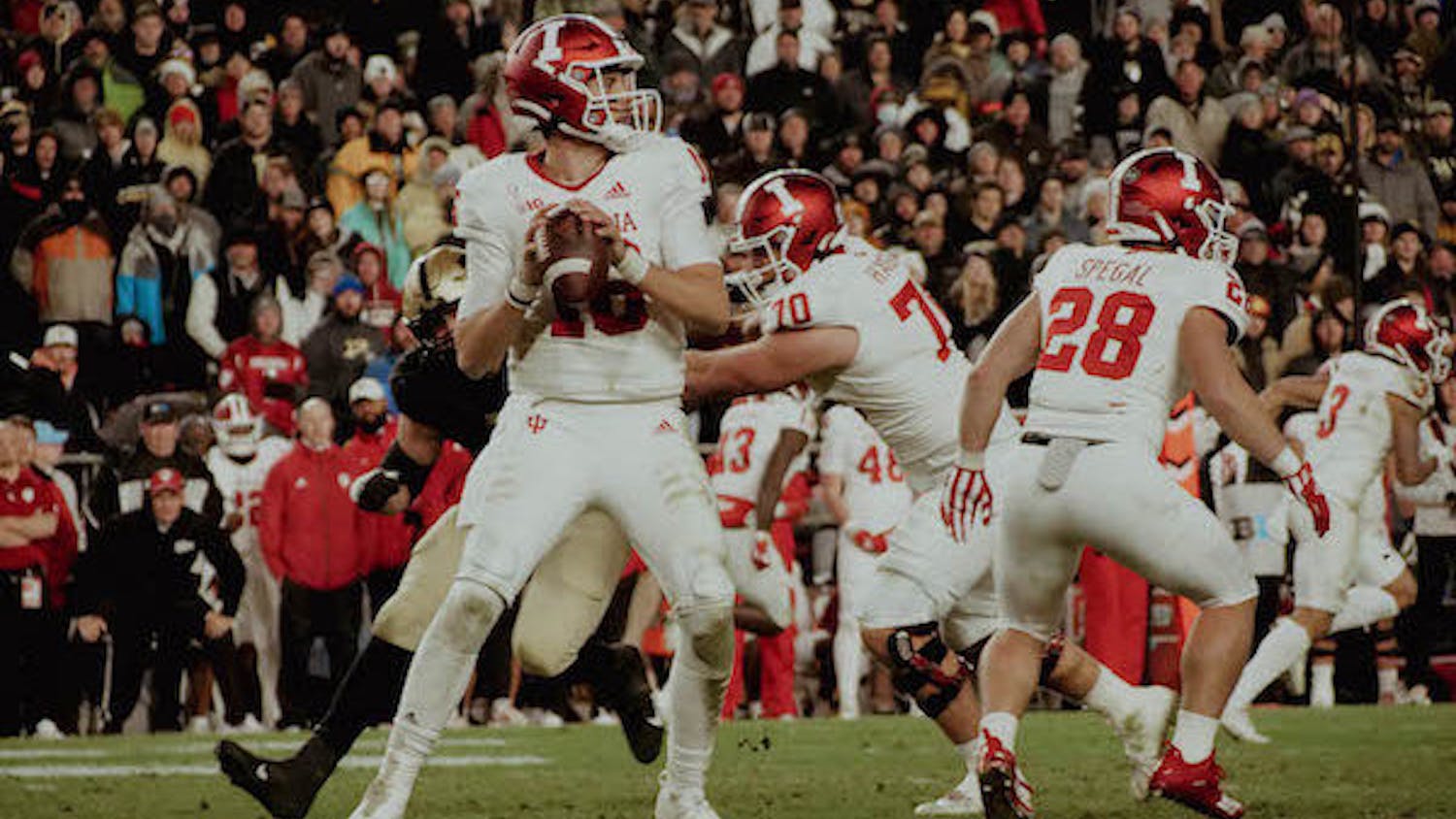