After his first career Big Ten double-double, Jordan Geronimo trudged up to the media podium. Exhausted, he was looking down at his sweat soaked crimson and cream shoes. Mike Woodson turned towards the junior forward as he exited the media room.

“Get your shoulders up, you played well tonight,” Indiana’s head coach said.

Indiana men’s basketball snapped a three-game losing streak, defeating No. 18 Wisconsin 63-45 at Assembly Hall Saturday afternoon. It was just the fourth win over Wisconsin for the Hoosiers since 2007.

Geronimo’s play made a massive difference in a game Indiana badly needed to win. Hoosier fans had waited five weeks since a high major win and 22 days since any W. After a rocky start to the season, Geronimo’s high-level play against the Badgers made all the difference.

“I thought [Geronimo] played so within himself tonight, it wasn't even funny,” Woodson said. “He did a lot of good things defensively. He rebounded the ball. He finished around the rim and we're going to need that.”

Indiana Basketball is back in the win column after their tenacious defensive effort shut down the Badgers in Assembly Hall. @CarloBarone12 and @Z10nBr0wn break down Jordan Geronimo's dominant performance and #iubb's monster win. pic.twitter.com/V2ZbNE0ob7

Geronimo scored 12 points with 11 rebounds, the most points in a Big Ten game in his three-year career. And his defense was maybe even more impressive. Matched up against a similarly sized Carter Gilmore of Wisconsin, he held the Badger’s forward to just four points, part of a teamwide dominant defensive performance.

“I thought everybody that played tonight, they were touching the offensive man, putting heat on the basketball,” Woodson said. “We were in great position to help and recover, there was a lot of good things from a defensive standpoint that's been missing.”

The Badgers starting four Tyler Wahl was out with an injury allowing Geronimo to match up better with the also undersized Gilmore. The Hoosiers’ starting four Race Thompson was also out. Regardless, after giving up over 80 points in their first three games of the calendar year the Hoosiers holding the Badgers to a 32% field-goal percentage was a welcome sight.

After the disastrous defensive and overall start to 2023 filled with losses, injuries and ugly moments on social media Mike Woodson needed to ask more from his less experienced players such as Geronimo.

“You know, as a coach, when I'm challenging players, you know, sometimes it makes them a little uneasy and I get that,” Woodson said. “But at the end of the day, they have to understand that I'm in their corner and I need them to perform at a high level.”

"He's very capable of doing big things for our team...I'm proud of him."

On Saturday Geronimo played with a different mindset.

“I just have a short memory,” Geronimo said. “Play hard, play physical and make the right play. So I know when I have those possessions where I don't play well, I'm just like, hey, next possession, let's do it, you know what I mean, let's keep going.”

Geronimo has frequently been called the energy bunny of Indiana but in ways that had been hurting the Hoosiers as he moved to play more minutes as a starter. Through most of his Indiana career Geronimo’s time on the court has been characterized by exciting play but out-of-control moments offensively while defensively matching a big block with a calamitous mistake. Saturday was validation of learning from his struggles.

“It’s made me realize I have to put more into preparations, you know, watching more film with the coaches and being more focused on what's happening on the court,” Geronimo said.

Jordan Geronimo after recording a double-double against No. 18 Wisconsin. #iubb pic.twitter.com/6sufvFMw1q

He had struggled enough that Woodson mentioned helping him on his radio show last Monday after a poor performance in his first start against Northwestern.

“I gotta help Jordan, I do,” Woodson said. “I brought him in this evening before I came over (here) and sat with him. This is your opportunity to shine and help us.”

Saturday afternoon he was the sun that emerged, pushing away the seemingly endless IU basketball January thunderstorms.

Still just 2-3 in Big Ten play, without two starters indefinitely and a team with major flaws on both sides of the ball, there’s still dangerous conditions looming on the horizon. The Hoosiers will hope for this version of Jordan Geronimo to weather the next storm. 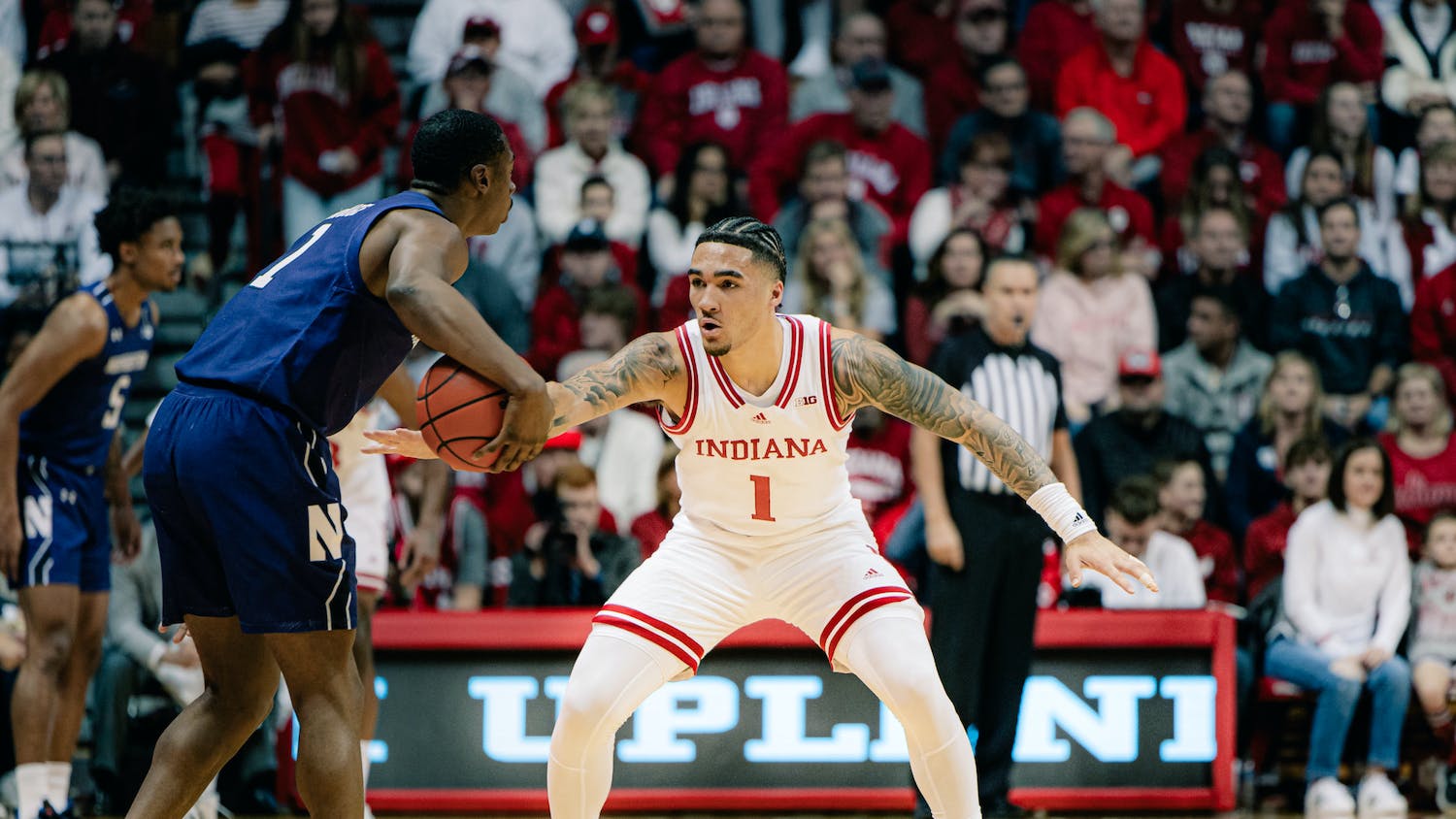 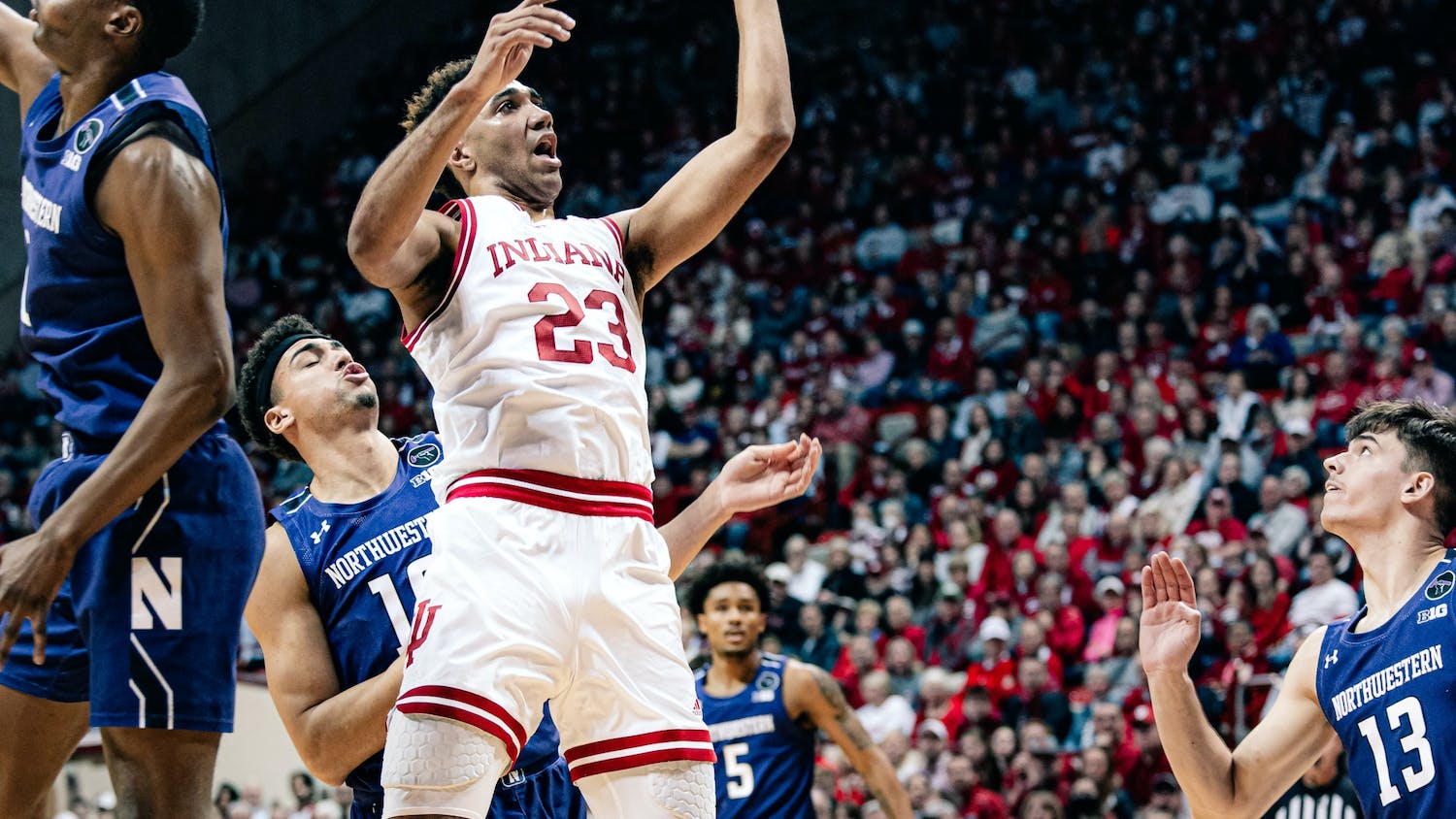 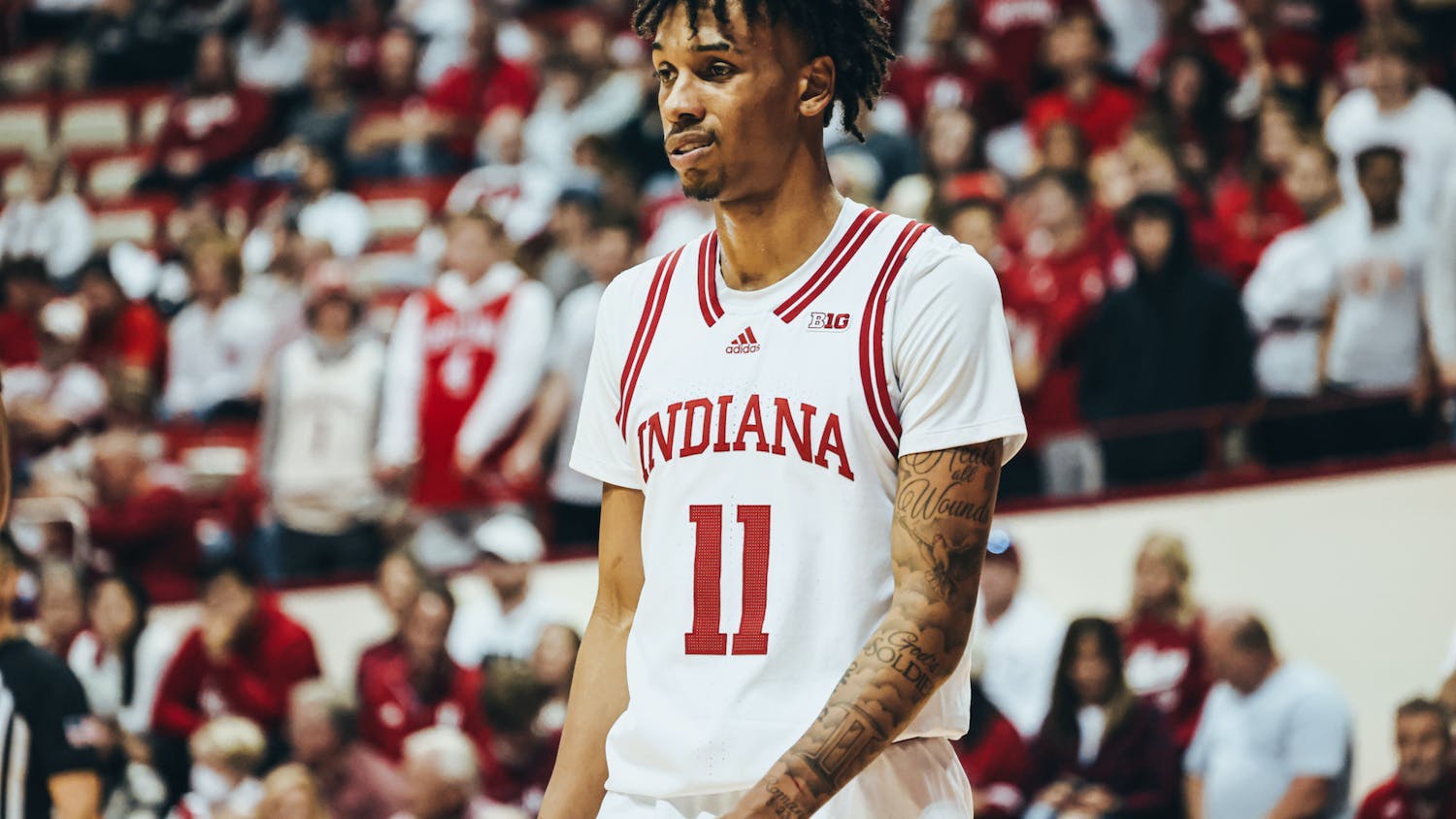