With 3:43 left to play in the third quarter, second round rookie Alec Pierce used all of his 6-foot-3, 212-pound frame to score his second career touchdown with Cowboys cornerback Kelvin Joseph draped over him. The score placed the 4-7-1 Indianapolis Colts down 21-19 to the 8-3 Dallas Cowboys who have protected AT&T Stadium so far this season with a 5-1 home record.

This 4-7-1 Colts team had suffered through more in a 12-game stretch than most NFL teams will throughout a full season if not multiple.

Losses to teams such as the 4-8 Jaguars, 6-6 Patriots and 5-7 Steelers. A stunning victory over the AFC West-leading Kansas City Chiefs and a near-win over the one-loss Philadelphia Eagles. A fired offensive coordinator, head coach, multiple quarterback switches, the hiring of Ring of Honor member Jeff Saturday to the head coach position, and the appointment of 31-year-old Parks Frazier as the new play caller.

Even in the shadow of everything that had occurred for the Colts this season here they sat. Matt Ryan had just thrown his second touchdown of the night and the team had taken care of the ball up to this point only coughing it up once via an interception. The team had only allowed two sacks to the best pass rushing team in the NFL this season.

Could the Colts, a team viewed by most as a Super Bowl contender three months ago, finally start to scratch and claw themselves out of the cataclysmic hole their indiscretions had dug them into? Silence the haters and their own personal demons all with one win?

No, they absolutely could not.

Instead the team decided to allow 33 points, the second most allowed in the fourth quarter in NFL history, and once the smoke had cleared a 54-19 loss was all that remained.

The 2007 Lions put up 34 in the 4th against the Bears, and the 1925 Chicago Cardinals scored 33 against the Milwaukee Badgers. pic.twitter.com/GWLEanYMdI

For reference, Indianapolis has only scored more than 33 once this season when they defeated the Jacksonville Jaguars 34-27 to advance the team to 3-2-1. The team has since lost six of seven and enters the bye week with a 1% chance of making the playoffs according to fivethirtyeight.com.

Following the Pierce touchdown, the offense fell apart. Mo Alie-Cox started the collapse catching a screen pass only for Damone Clark to force the ball loose resulting in a Malik Hooker scoop and eventual 38-yard score. The following drive it took Ryan just seven plays to get involved in the action with his second interception of the night, this time to DaRon Bland. Tack on another Ryan interception, his league leading 13th, and a Ryan fumble, his league leading 14th, and that makes a quartet of fourth-quarter turnovers.

The Cowboys were a bullet train traveling at the speed of light, while the Colts are still trying to find the right conductor to get their derailed train back on the tracks.

Now, they sit at four wins through 13 weeks, three and a half games back to the Tennessee Titans in the AFC South with four games left on the schedule, and sit so far away from the Super Bowl contention line that re-signing Rodrigo Blakenship with his goggles would be the only hope of visually seeing it.

The high level of expectations blinded Chris Ballard and Jim Irsay from the evident weaknesses of multiple positions until it became blatantly obvious this team was going to fail.

This team was never going to succeed.

The highest-paid offensive line in the league tops the league with 46 sacks allowed.

The 37-year-old quarterback obtained in the offseason leads the league with 18 turnovers.

The offense is averaging 16.1 points per game, good for third worst this season. Curtis Painter and Dan Orlovsky helped the 2-14 2011 team score 15.1 a game.

It won’t be mentioned in the front office but this team is still wearing stitches from Andrew Luck. His retirement four years ago has sent the Indianapolis Colts into an alarmingly long stage of “what if’s”.

“What if” doesn’t win games.

“What if” doesn’t win the AFC South.

“What if” most definitely doesn’t win Super Bowls.

“What if” loses jobs and the love for the team that Colts fans once had. 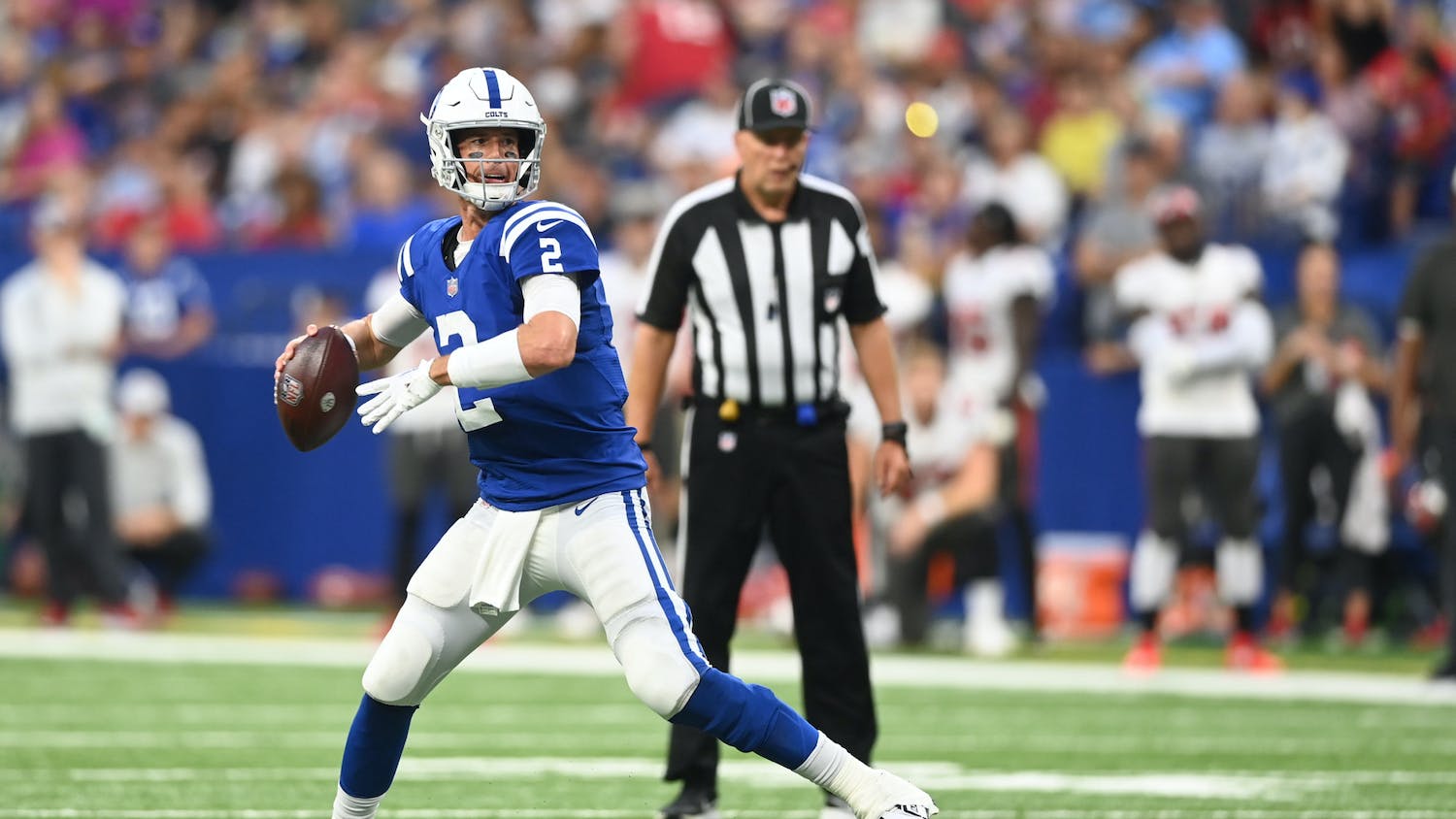 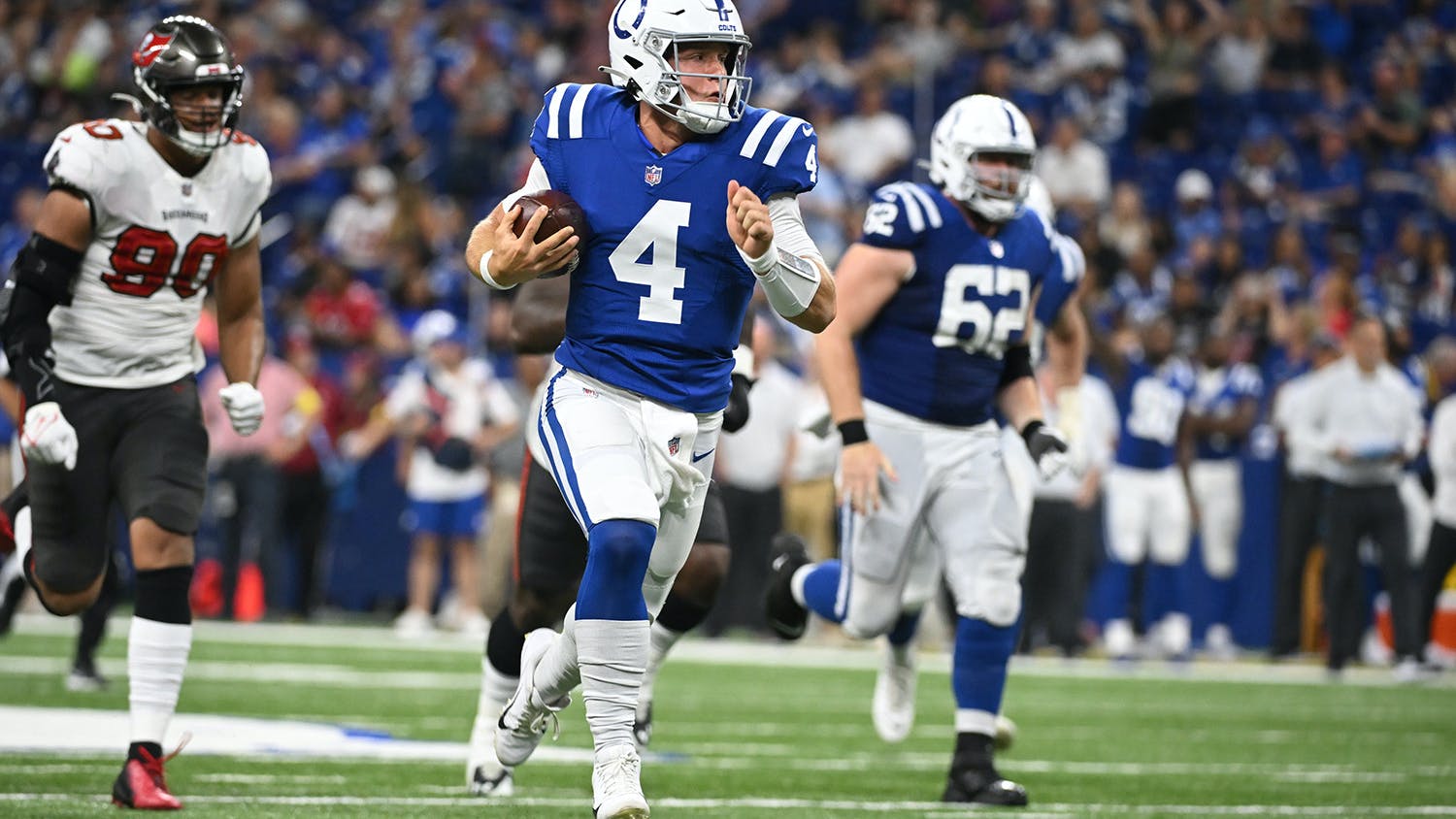