‘An up-and-down night’: Indiana draws with Portland after halftime lead, but problems are fixable

Indiana couldn't capitalize on numerous chances in second half

Maouloune Goumballe's strike bounced off Portland goalkeeper George Tasouris' hands, tapped the post, and trickled over the goal line before landing safely in the hands of the scrambling keeper.

The referee initially ruled it a no-goal, but to make sure, the call was handed over to replay review — seconds didn't leave enough time to make an accurate decision.

Was No. 21 Indiana in dire need of this goal? Yes, and somewhat no.

The Hoosiers maintained a slight 3-2 lead, and another score would provide an even better cushion. But with Goumballe's shot coming ever so close — rapidly within a minute into the second half — seemingly Indiana's high-scoring engine would continue motoring. It had already pushed across three goals in 45 minutes.

No goal. The call on the field stood.

Okay, what about Samuel Sarver's two free kicks later in the match?

No goals. Both shots sailed just over the crossbar.

Ryan Wittenbrink's pass into the 18-yard box toward two teammates?

Again, no goal. The ball evaded defenders and attackers alike before clanking off the side post.

Yeagley was right. The Hoosiers out-shot Portland 15-2 in the second half. And yet, none of Indiana's 15 strikes found the back of the net. Meanwhile, one of Portland's mere two shots resulted in a goal — the equalizer that shifted the match into a 3-3 draw after 90 minutes.

"It's just really disappointing," Yeagley said. "The locker room is not in a good place because that's a game that we had. So that's the negative."

As Yeagley stated, his team doesn't typically allow numerous goals. Yet already, in the first two matches, the Hoosiers have conceded six times.

Indiana failed to ward off Portland's lethal effectiveness linking up players on passes in the attacking third. The Pilots were consistently in proper spots to receive three crosses that all resulted in goals. Their timing was impeccable.

"Taking nothing away, they have some very good attackers that created unbalancing moments," Yeagley said. "But the final finish was an area that we need to have better defending moments. So that was the negative of our collected team defending."

"You know, that backline goes to the national championship two years ago," Sessock said postgame. "We just have to clean some things up defensively. And I know we will on Saturday."

Besides the season-opening 3-2 loss at goliath No. 1 Clemson, Indiana hasn't conceded three goals in a regular season match in almost a year, dating back to Sept. 3, 2021. But while they gave up three goals, they equally also scored three. And Sessock had a considerable role, providing a single-game high of two assists to Ben Yeagley and Wittenbrink.

"I thought Maouloune Goumballe — best game he's played in a jersey for us," Yeagley said. "We moved him up high because the physicality we needed [from him] to hold the ball for us. Nyk Sessock, I thought, was fantastic. Some other good performances. Wittenbrink was fantastic offensively. Some guys had an up-and-down night but overall, a lot of really good takeaways."

Due to the recent NCAA rule change, overtime has been eliminated from the regular season. If Indiana had the extra 20 minutes, Yeagley said he was confident his team would finish on top. They didn't, and it felt like this match was theirs to lose grasp of. Still, this draw can be viewed as another set of necessary building blocks two matches into the season — especially with fellow top-25 team No. 22 Notre Dame, a quality non-conference opponent, coming to town Saturday.

"At the end of the day, we need to keep the ball out of our net and put the ball in the other team's net," Sessock said. "So just keep moving forward." 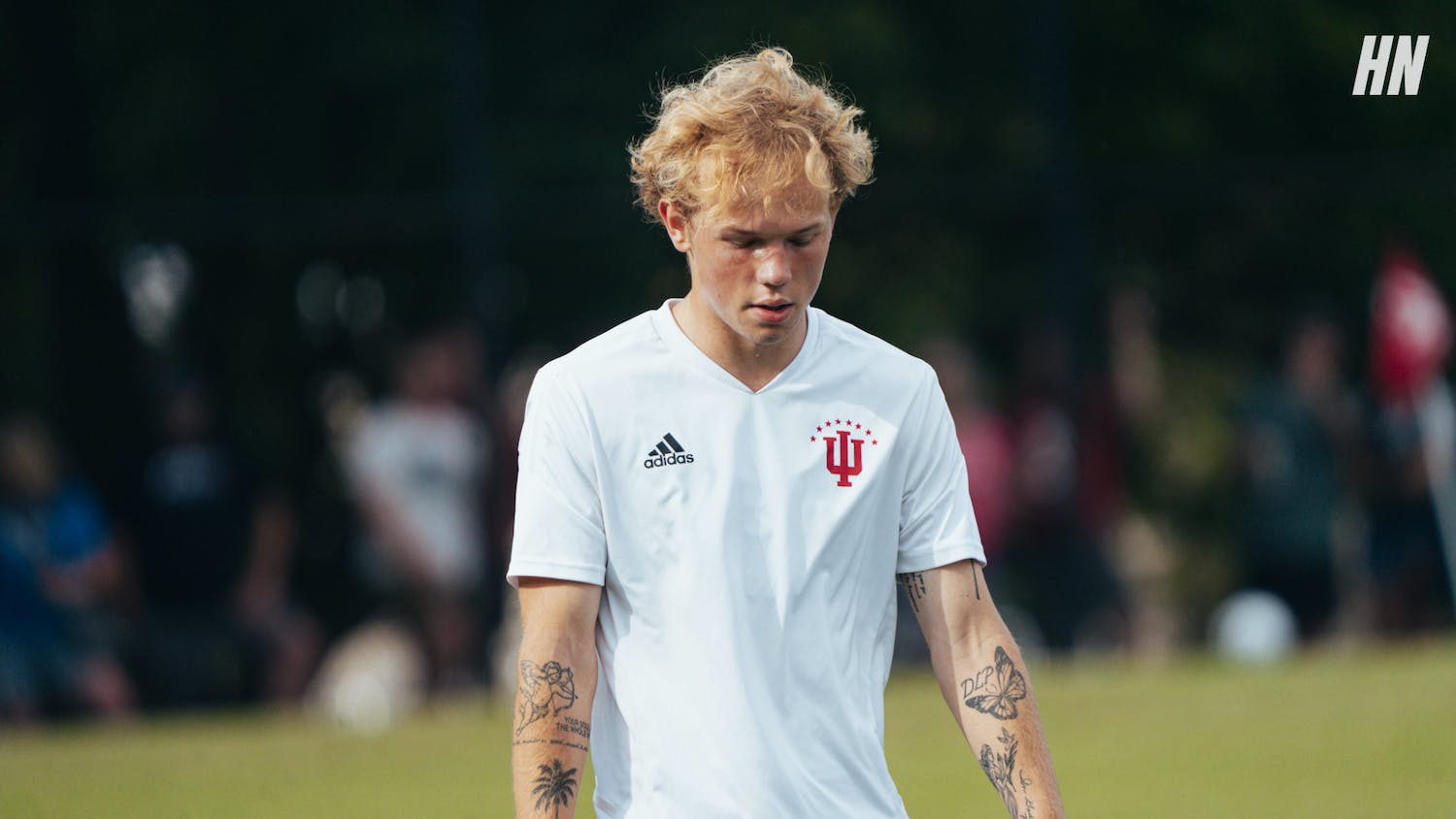