It's been quite a few weeks since we last chatted in column form, huh? A lot of that is in large part my fault with everything else going on in the Indiana athletics sphere, so I'll try to make to make it up to you today.

But oh man, do we have quite the Indiana men's soccer hysteria to catch up on. It's not like the Hoosiers have won eight of their last nine matches and recorded six-straight shutouts or anything. Well, actually, that's exactly what has happened in the last month.

With all that being said, I have a bunch of thoughts, you clicked on this article for a reason, so let's not waste anymore time.

(Note: Myself and Jack Edwards have a weekly IU men's soccer podcast that's seven episodes in, and includes several notable guests. Feel free to check out all previous episodes by clicking here.)


I'll be honest: at the beginning of the season I had my doubts, not only about Mihalic but also Indiana's midfield and attack. Though the Hoosiers were returning nearly everyone from a season ago, the idea that IU was going to magically fill A.J. Palazzolo's void, and to a lesser extent Thomas Warr and Ian Black, with a bunch of youth was difficult to fully buy into.

But now, with two games left in the regular season, Tommy Mihalic, Patrick McDonald and Sam Sarver have me eating my words.

I bring all of this up now because if you hadn't seen Mihalic's miraculous golden-goal against Wisconsin on Sunday, here's a quick refresher.

Tommy Mihalic [@tommymihalic10] wins it in the 106th minute.


Indiana is one win away from a fourth consecutive Big Ten regular season title. #iums pic.twitter.com/N1xfPcfXGd


I mean c'mon. It simply doesn't get much better than that. The build-up, the cross, Brett Bebej's wherewithal to save the ball from going past the end line, Daniel Munie's perfect header and, of course, Mihalic's finish.

A lot of times it's easy for freshmen to get caught up in the commotion and chaos of a play and become watchers rather than movers, but Mihalic, the way he prodded and used the chaos to sneak past Wisconsin's last line of defense was incredibly savvy. I've watched the goal about 50 different times now, and I still can't believe the fluidity of it all.

It got me thinking, though, how lucky Indiana is to have Mihalic, not just against Wisconsin but this entire season. He's been a lynchpin for the Hoosiers in the attacking midfield, filling the space in between Joe Schmidt and Victor Bezerra. The sheer amount of scoring moments that Mihalic has played a role in -- big or small -- shouldn't go unnoticed.

Let's start with the numbers for Mihalic -- five goals (t-1st with Bezzera), 11 points (t-2nd with Sarver), 34 shots (1st), two game-winners (2nd), one assist. For a freshman to post those statistics while having to learn on the job is not easy to do. All the more impressive, Bezerra, Mihalic and Sarver are the only three Hoosiers with double-digit points thus far.

So how has Mihalic been so successful? It starts with a seemingly infinite motor that spans box to box, and is compounded by a fearless shot-taking attitude.

I've read and heard some comparisons of Mihalic to former Big Ten Freshman of the Year and now-Columbus Crew midfielder Aidan Morris. In terms of motor, athleticism and willingness to do the less-than-glamorous work, I can certainly see the similarities. However, at this stage in their respective careers, Mihalic is, in my opinion, the better finisher while Morris was more fundamentally sound and excelled at creating nothing into something.

For Mihalic to truly reach the level of Morris -- who became the youngest player in MLS history to earn a start in the MLS Cup finals -- his ability to create for others will have to take the next step forward. This isn't necessarily a negative, though, as plenty of other IU-turned-pro attackers had to follow the same formula and development track.

Nevertheless, I've been extremely impressed with Mihalic's striking and finishing ability this season. Two moments in particular come to mind: His goal against Ohio State in the 18th minute, and his five-shot night against Butler. In both instances Mihalic showed a mature understanding of when to shoot, how to pick his spots, and how to use his teammates' positioning to execute.

Short term, the Hoosiers will absolutely need more of Mihalic's fearlessness and striking heading into the final two games of the season and into post-season play.

Long term, be thankful to have witnessed Mihalic suit up in the crimson kit because the trajectory he's on probably won't keep him in college for the full four seasons.


Indiana's backline nearing its peak at the right time


We've discussed at length about Indiana's early backline struggles on 'The Q49 Podcast', but kudos is also due for the Hoosiers finding a way to work through their issues and seemingly playing at their highest level down the stretch.

When it was announced in the offseason that IU's entire backline -- Nyk Sessock, Daniel Munie, Joey Maher, Spencer Glass, Roman Celentano -- would be returning, optimism soared to astronomic levels. In hindsight, perhaps it was a bit unfair to put national-title-or-bust expectations on the backline's shoulders, but it was hard to envision a scenario where the defense took a big step back.

Except, that's exactly what happened at the beginning of the season. In IU's first seven games of the season, the backline had already conceded nine goals.

The defense appeared uncharacteristically disconnected and sloppy to start the season. We saw very little, if any of that throughout the entirety of the spring season. From balls not being cleared properly, to Celentano turning the ball over at an alarming rate, to the Hoosiers not dealing with pressure particularly well, all signs pointed to a potentially long and underwhelming season.

Since then, however, only two goals have found the back of Indiana's net in the last eight games. The turnaround, at least to this degree, has been rather remarkable, but also not unexpected.

Glass has seemingly regained his form and fitness after taking a while to shake off injury rust -- returning from a broken leg in less than six months might be a medical miracle. The 'spine' of Munie, Maher and Schmidt has overcome its disjointedness. And Celentano has once again emerged as one of the nation's premier goalkeepers (more on him in the next section).

If there's one player who's been steady all season, it's Sessock. Despite taking a few knocks and suffering minor injuries throughout the campaign, Sessock's presence on the right wing has loomed large as the rest of the backline has worked through its problems. The most obvious example is Sessock creating the own-goal against Penn State to give IU a crucial win in Happy Valley. But the minor details is where Sessock thrives -- making runs, sending crosses into the box and showing impressive strength in boxing out opposing players.

Now, the Hoosiers are in as good of a place defensively as they've been since the College Cup last season. Six-straight shutouts against Big Ten foes is no small feat, and with IU's attack still looking for that next gear, the backline has rounded into form at the perfect time.

Going forward the offense will eventually have to provide more support and cushion to take the burden off the defense, but as things currently stand, IU is in a terrific spot with plenty of room still to round into form.


Has there ever been a reigning Big Ten Goalkeeper of the Year and All-American with as little buzz surrounding him as Roman Celentano? At least not over the three-plus seasons that I've been covering IU men's soccer and observing college soccer as a whole, there hasn't.

Much of the simmering talk is likely due to Indiana's defensive struggles as a whole to begin the season, and the goalkeeper often bares the brunt of the responsibility since the goals are ultimately charged to his name.

All the while I've sat here asking myself countless times, what more could Celentano have realistically done there? The answer, more often than not, is nothing. Sure, there were a few self-inflicted turnovers that turned into goals, but a majority of IU's problems stemmed from the backline as a whole and not Celentano's inability to stop shots. In fact, Celentano is probably the reason IU doesn't have more than three losses this season as the team has worked to right itself.


Big Ten title up for grabs in Turtle Town


It's as if the Big Ten knows to schedule Indiana and Maryland at the end of the year, every year. Funny how that seemingly always works out, huh?

While we await the results of two pivotal Big Ten matches on Tuesday night -- Michigan at Ohio State; Maryland at Penn State -- the Hoosiers currently sit in the Big Ten driver's seat heading into the final week of the regular season, though that could change with the results tonight.

As things stand only four teams are still in contention for the regular season conference title: Indiana, Maryland, Michigan and Penn State.

Bottom line, the standings are very much up in the air and not until Tuesday's matches go final will we know exactly what result Indiana needs on Sunday, but it's looking overwhelmingly likely that the Hoosiers will need a win in College Park.

In the meantime, IU closes out its non-conference schedule and home regular-season schedule on Wednesday night against a formidable VCU side. The Rams will enter at No. 30 in the RPI -- used for NCAA Tournament seeding -- and a win for the Hoosiers would be a great boost to the resume.

We'll see how things shake out in the next few days. Stay tuned because the lead-up to Sunday's regular season finale could get really spicy.
More 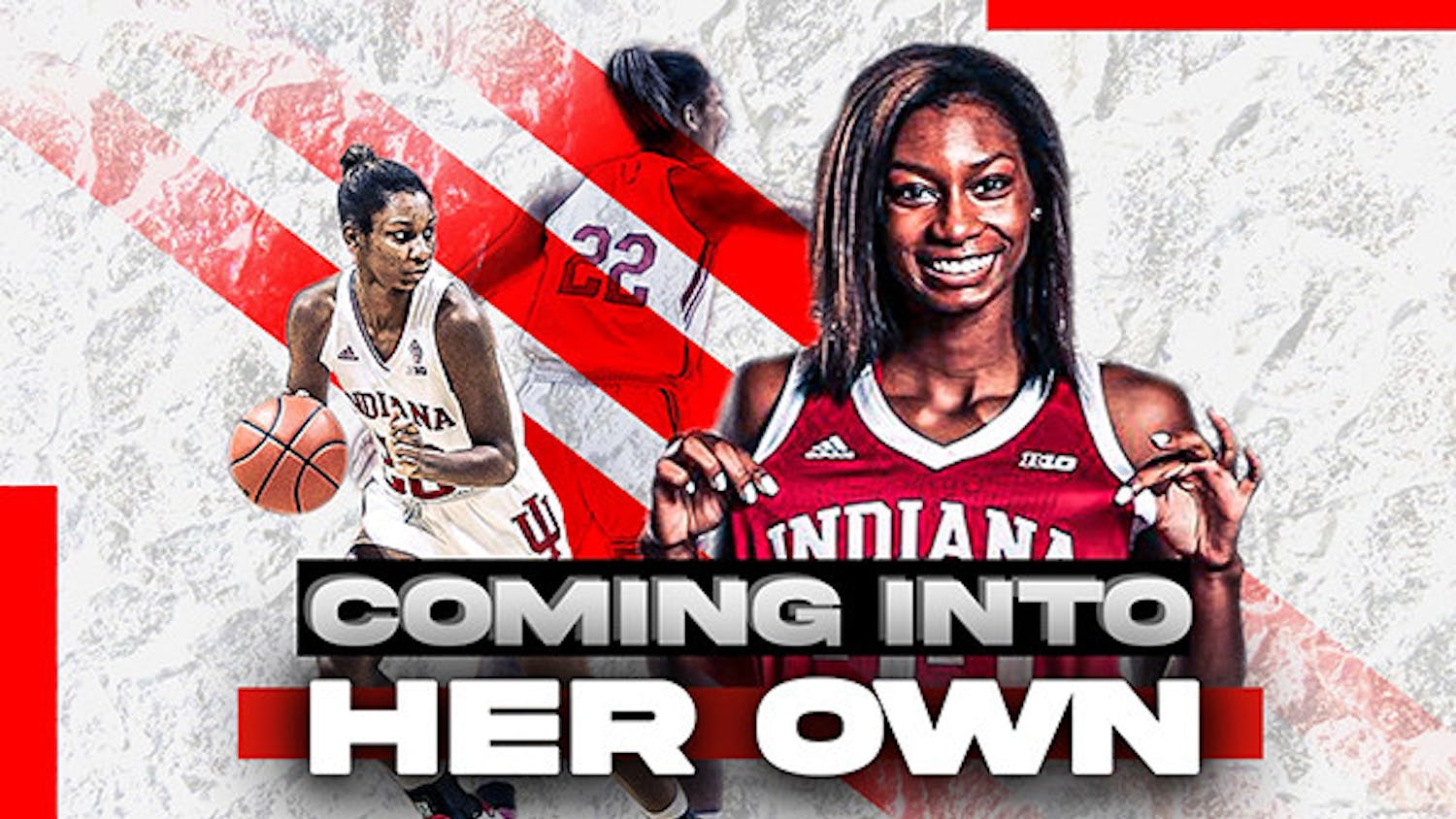 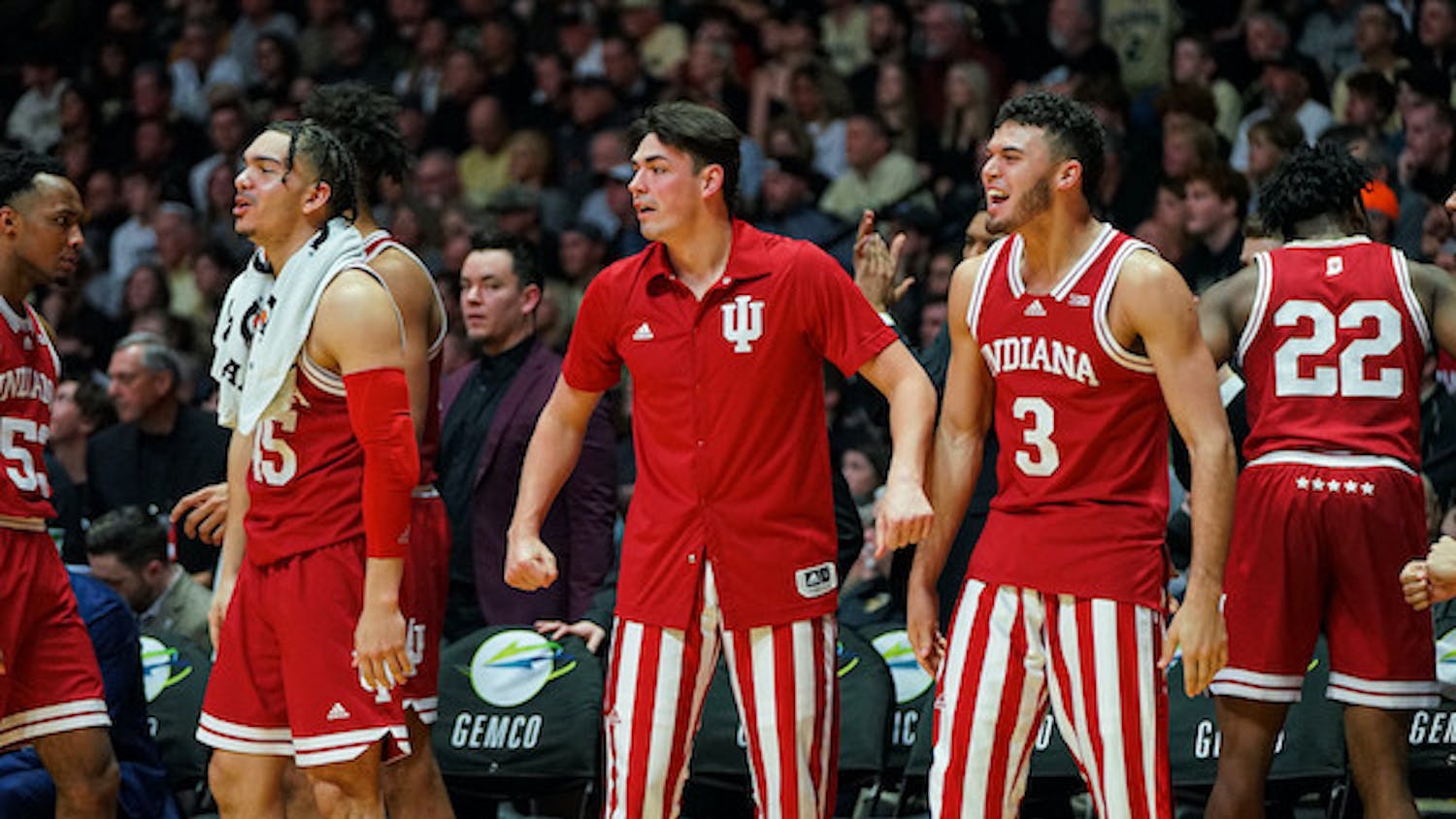