Big Ten athletics canceled for the fall: What it means for Indiana and college athletics

Fall’s greatest tradition. Tailgating under colorful leaves. The buzz of campus on a gameday Saturday morning. And even the crush of pads under the Memorial Stadium lights. All gone.

The cataclysmic year of 2020 leveled a painful blow to college football fans today as Big Ten university presidents voted to postpone all fall Big Ten sports including college football. The initial report from the Detroit Free Press cites continuing health concerns due to the ongoing COVID-19 pandemic that has shown little sign of improving. Should this hold up, the Big Ten becomes the first Power Five conference to cancel fall football.

How does this impact Indiana football and college athletics as a whole? We try to answer some of the burning questions.


Will there be a spring season?


This is the question that will dictate much of the future of college athletics. There’s no doubt athletic directors and conference commissioners will try nearly everything to play football games before the end of May 2021. A 2020-21 season without football and therefore $4.1 billion would have dramatic ripple effects for athletic departments and the NCAA model as a whole.

The biggest concern about spring football is there is no guarantee the United States will be in a far better position than today in terms of controlling COVID-19. College administrators and government officials have expressed hope for a vaccine sometime this winter. However, epidemiologists have made clear just because there’s an effective vaccine does not mean life would quickly return to "normal." Would it make conditions safe enough to play college football? As with nearly everything in this time we can only speculate.

Spring football though has been considered a last resort due to other concerns as well. Especially pertinent to the Big Ten is weather. To play a complete season — at least eight games — the season would have to start in February or early March. The average high in March is 53 degrees in Bloomington but in Minneapolis it’s just 41 degrees. And those are the highs. In the upper midwest lows will be well below freezing in the first weeks of March often with snow.

Allen has not been briefed on the ramifications of a postponed season. He hasn’t thought much about a spring season but he would “have a lot of concerns.” He specifically mentions health and player injury worries. #iufb


Nationally, one of the biggest concerns of a spring season is the multitude of games in a short period. During his press conference Monday morning, IU head coach Tom Allen expressed his worries about this if a spring season was played.

A spring season would likely conclude in late May just three months before the scheduled start of the 2021 season. Every team will be playing somewhere from 20 to 30 games in a nine-month period. In a confidential ESPN poll done in June, just 37 of 73 college football players across the FBS conferences said they’d be comfortable playing two seasons in a calendar year.

There are a variety of other factors that will have to be considered. Unless the NFL draft process is moved into the summer, NFL draft prospects such as Indiana’s Whop Philyor may have to opt out of the season. With all fall sports being played concurrently with spring sports it will be challenging to find facilities and room for all the teams to practice and train in a socially distanced manner. Recruiting and television deals could also get complicated with a spring season.

A spring season is immensely complicated. However, no football this spring would only raise many more questions.


So what does all this mean for the Indiana football program?


Indiana has unequivocally its most talented roster since at least the early 90s under Bill Mallory. A level of talent that could place the Hoosiers on the same playing field as the likes of Michigan and Penn State. So taking away a normal fall schedule is crushing even with the Hoosiers' difficult revised conference-only schedule. The irony of a once-in-a-century occurrence halting Indiana football success certainly adds to the theme of a cursed program. There is still hope of a full spring season, but a complete cancellation could actually set up IU’s roster to be overflowing with talent for the fall 2021 season.


The NCAA would seem likely to give an additional year of eligibility to all fall sports athletes as it did in the spring if the season is completely canceled. This would mean IU’s 13 seniors would all have the opportunity to return for a 2021 season most notably wide receivers Whop Philyor and Ty Fryfogle, and defensive back Marcelino Ball. Furthermore, nobody would waste a season of eligibility. IU fans would like to see Michael Penix and Tiawan Mullen for as long as possible. However, it is possible the NCAA could decide to grant an additional year of eligibility to only seniors or nobody at all to save money for their member institutions.


Speaking of money, how much of a problem is this?


A big problem. Actually, that's an understatement. It's a colossal institutional problem. According to a USA Today analysis no college football season will result in an average net amount of $78 million lost for each Power Five school.

“I don’t think anyone in the country is in a position that I’m aware of [to] weather not having football,” Iowa State athletic director Jamie Pollard said.

Even a spring season would lead to strong losses but help recoup some cash. The good news for IU’s athletic department is it has consistently run deep into the black. Indiana had a $13 million surplus in the 2019 fiscal year.

In addition, IU is the only Big Ten school to generate more ticket revenue from basketball than football — a whooping more than $4 million in 2019. IU football generated $22 million more than basketball in terms of broadcast rights. And there’s no guarantee that basketball happens this winter, especially with fans. So while Indiana may have some budgetary advantages, the athletic department is still going to be facing a major budget crisis.


What will IU and other athletic departments do to restructure their budgets?


Schools including Indiana have already made some budget changes such as having their top earners, Tom Allen and Archie Miller among others, donate back portions of their salary. If the football season is canceled, IU will lose somewhere over a third of its total revenue based on earnings from the 2019 fiscal year. Most power five schools rely on football for close to 60% of their revenue. Staff will have to be cut across a variety of levels. Loans may have to be considered as reportedly the PAC-12 has already done. And most consequently, there’s a real chance teams will have to be cut or suspended at Big Ten schools.


Could Indiana be forced to cut programs?


First, one thing is certain across Big Ten programs. The revenue producing sports of football and basketball are not going to be affected besides small cost cutting moves. Since these are the only two sports that produce large amounts of revenue they will get support.

In terms of Indiana, just four Big Ten schools (Ohio State, Penn State, Rutgers and Michigan) have more than the Hoosiers’ 24 athletic programs. While it seems unfortunate to speculate on programs being discontinued, Athletic Director Scott Dolson will have some very difficult decisions to make.

During an Aug. 6 press conference, the Hoosiers’ first-year AD called cutting programs a “last resort.” Unfortunately a postponed or especially a canceled football season could bring that last resort to fruition. With Title IX requirements Dolson would likely cut an even number of men’s and women’s sports.

For example, many NCAA schools including Stanford have cut wrestling. In fact, wrestling programs have been the most dropped male sport across all three NCAA divisions. Every Big Ten school currently sponsors wrestling.

Of course, these programs don't deserve to be cut. To say the losses for fans, the community, athletes and staff would be heartbreaking? Another tremendous understatement. But these changes could happen across the Big Ten and country in unprecedented times.


What about the NCAA?


The NCAA has been under intense criticism for some time. The largely hands-off approach to regulating college sports and football during the pandemic has been apparent. Furthermore, the push for greater representation by athletes that has included player advocacy groups in both the Big Ten and PAC-12 threatens the “student-athlete” model which the NCAA preaches. Whatever the cause, it is clear college athletes are willing to speak up and use their platform for change:


It is too soon to say the NCAA is about to dissolve, but there have been rumblings about conferences joining forces to form their own organization of college athletics. In addition, with severe financial problems olympic sports could struggle to survive across the college athletics landscape. This would be another blow to the NCAA model.


How is recruiting affected?


If there is no spring season as mentioned before, most likely the NCAA would grant every current player an extra year of eligibility. This will lead to a backup of players and scholarships. Last spring the NCAA lifted scholarship caps for spring sports such as baseball. This should help current high schoolers avoid suffering from scholarship shortages over the next few years. Recruiting will likely also continue its dead period into the spring, meaning coaches will continue Zoom calls and virtual tours of campus with recruits.

The season played in the spring would only further complicate the calendar. Normally, the spring is every coach's premier time to recruit, but they may be distracted with playing actual football. Current high school seniors will be wondering if enrolling early would allow them to play during a spring season. As with nearly everything, recruiting over the next many years will be dramatically different than ever before.


And lastly, what about the big picture? Is the college athletic format changed forever?


Change is inevitable. Once-in-a-century events such as a pandemic accelerate these alterations. COVID-19 has already led to transformations of many fields and walks of life. It is too early to say exactly how college football and athletics will change.

However, the emptiness of the first fall without football in Bloomington since 1898 makes one thing clear. The winds of change will topple college football and college athletic structures that have been around for the last century.
More 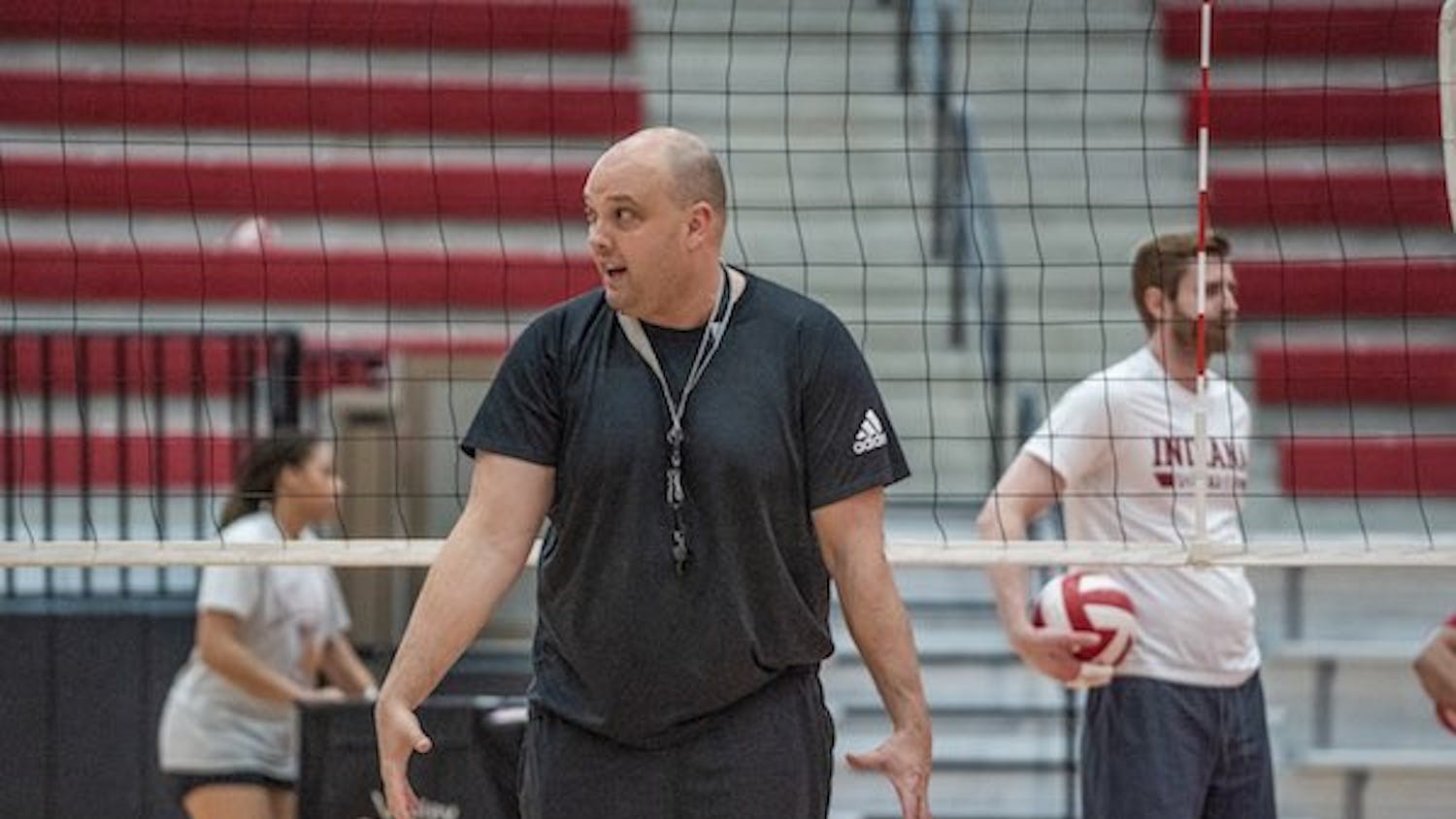