Indiana played their first complete game without its leading scorer, Ali Patberg, and it was noticeable at times throughout this ballgame, with a lack of flow offensively and a difficulty to guard Michigan State’s perimeter players defensively.

Indiana has now lost two straight and six of its last eight games. Here are my three takeaways from another tough loss for the Hoosiers.

It was the Shay Colley show

Enter redshirt junior Shay Colley. Michigan State’s second leading scorer delivered and more on Monday night. It was a quiet 12 points in the first half for Colley, but there was nothing quiet about her second half. Colley went off for 20 points in the final 20 minutes, including 13 in the third quarter.

Shay Colley beats the buzzer and Nia Clouden follows it up by jumping the passing lane for a quick five Spartan points to close out the third quarter! MSU leads Indiana 55-45 heading into the fourth.#GoGreen pic.twitter.com/sL0tjIRNlI


Indiana certainly missed Patberg’s offense and leadership, but an underappreciated aspect of her game was also missing; her defense. Patberg is a great on-ball defender, and Indiana missed that Monday night.

“I thought our guards, perimeter players they struggled tonight guarding off the bounce,” IU Head Coach Teri Moren said. “Disappointed, but we’re going to have to go back and figure some things out. It’s starts with us defensively.”

Bendu Yeaney is Indiana’s best defender, however, she was battling foul trouble for most of the first three quarters and wasn’t able to guard Colley like she normally could.


A big step for Grace Berger


In the second half of the Minnesota game, Indiana got a taste of what life without Ali Patberg would be like. They mounted a big comeback but fell just short.

A big reason for that comeback was the play of Grace Berger. She continued that into Monday’s contest in East Lansing. Berger finished the first half shooting 3-of-5 from the floor for 10 points. She also had four assists and three rebounds.

Berger finished the game with those 10 points, but even though she didn’t score in the second half, this game will do a lot for her confidence.

“It’s different playing without Ali Patberg. It was different for us tonight, just trying to get into any sort of flow,” Moren said. “Give [Bendu] and Grace Berger credit for being able to takeover in a difficult situation right now.”

This double-digit output is Berger’s fourth of the season and her first since the last Michigan State game on January 6. Whether it’s a matchup that works well for Berger against Michigan State or a confidence booster, this is a positive sign for the Hoosiers while they play without Patberg.


Some positives for the Hoosiers


While it was yet another Big Ten loss for IU, there were still plenty of positives to take from this game.

First, turnovers were low for the Hoosiers. They only turned the ball over 11 times, five of which belonged to freshman Grace Berger in her first road start of the season.

Off the offensive board, the ball is dished to Penn for a THREEEEEE! pic.twitter.com/cSM4z1Fbyb


Secondly, the post play and interior defense from Kym Royster. Not only did she and Brenna Wise combine for 16 points and 13 rebounds, they also did a great job on the defensive end against Allen.

“I thought Kym did a great job underneath with Allen tonight,” Moren said. “I thought Brenna Wise did a decent job as well, so post defense was good.”

Jaelynn Penn continued her success against the Spartans in her career. Penn finished with 19 points, knocking down three shots from long range. Yeaney added 12 points, all in the second half. Along with Berger, Yeaney had to take a good portion of the load at the point guard spot in place of Patberg.

“I thought [Bendu] did a nice job of running our team tonight,” Moren said.


Indiana has now lost six of eight and will look to right the ship this Thursday evening when they take on Michigan at the Crisler Center. The game is set for a 7:00 p.m. tip.
More 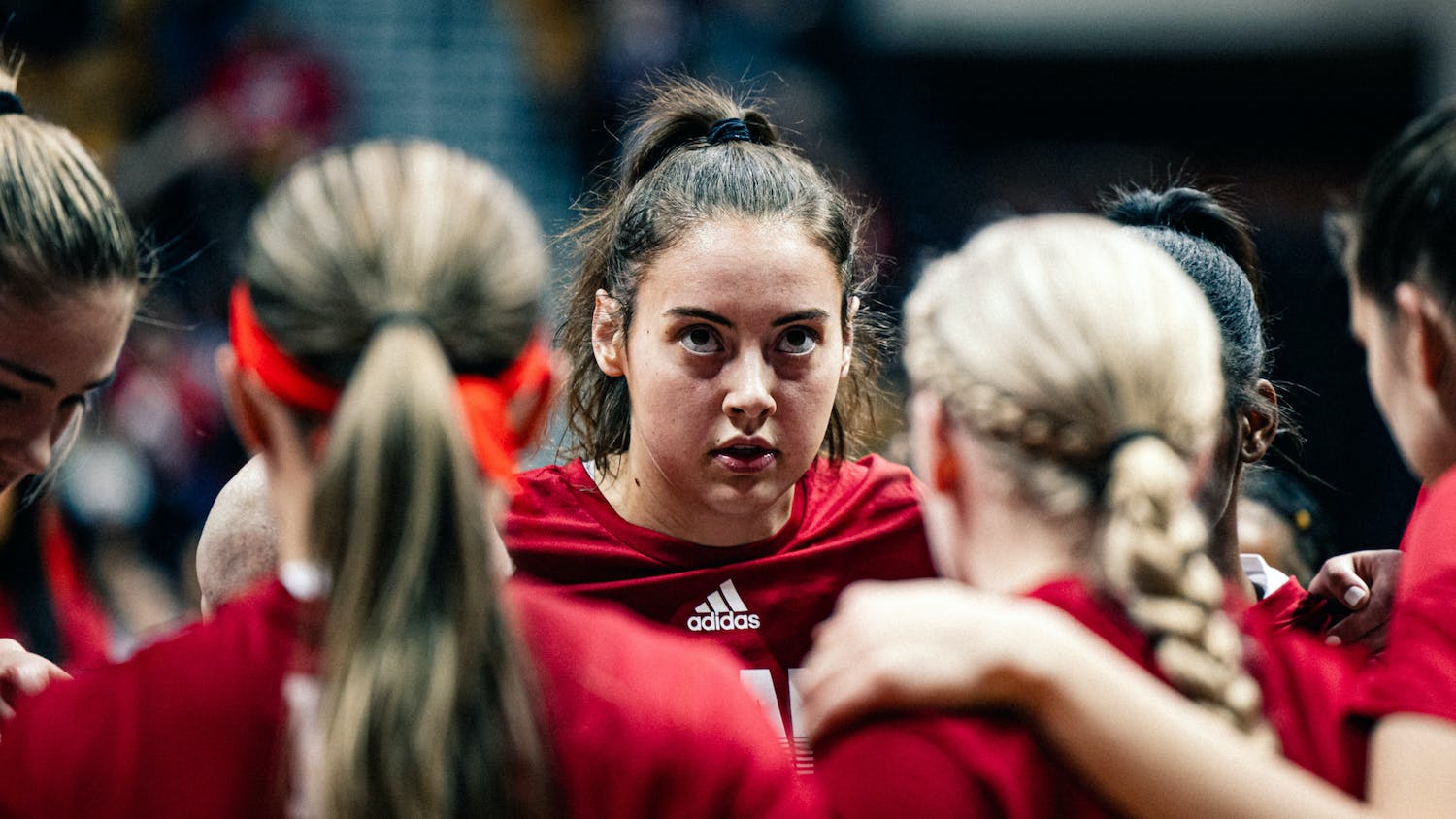