Throughout the entirety of Sunday’s Indiana women’s soccer game against the Kansas State Wildcats, it was raining…raining shots.

By the end of regulation and two overtime periods, there was a combined total of 47 shots, 33 of which belonged to the Hoosiers. However, despite this ridiculous volley of shots, none of them hit the back of the net as the game ended in a 0-0 tie. Trying again and again from different angles, players only continued to prove that more did not mean better for the Hoosier offense.

“It was difficult for us in the first half,” Indiana head coach Amy Berbary said. “In the second half, we created 19 shots, but we just were unable to put one away today. The conditions were certainly a factor in the end.”

Playing in the rain and mud reduced several players to limited mobility and even claimed a few victims as various players fell to the turf, but they persevered. Indiana senior defender Caroline Dreher even lost a contact mid-game and finished the play before checking out. Overall, IU was the stronger team across the board.

Senior forwards, Abby Allen and Mykayla Brown demonstrated the teams speed and electric ability to outrun and outhustle defenders. Yet, there was still something missing…the finish.

Coming into their matchup against Kansas State on a three-game win streak, the Hoosiers had been a highly intelligent offense, with 52.2 percent of their shots being on goal on just over 14 shots per game.

In most of those matchups, their intimidating defense usually occupied the opponent for the majority of the minutes, leaving the offense relaxed and focused on taking high opportunity shots on goal. Without much offensive pressure from a young Kansas State team, IU's offense found itself with ample opportunities and time of possession, seemingly putting them out of their element.

As the game wore on, the Hoosiers only increased the amount of shots they took. It totaled 19 in the second half alone, and decreasing their shot on goal percentage.

“Conditions may have been a part of it, but this one is on us,” senior forward Maya Piper said. “We were inches away this game, and I think a little bit is we didn’t have a lot of luck and we just couldn’t finish it today. It’s frustrating, it’s frustrating for me, and as a team I know we need to do better next time.”

As conference play begins Thursday against Michigan, the Hoosiers are going to have to iron out the details of their offensive scheme. The Wolverines may only boast a 4-3-1 record, but their high-octane offense has the ability to run up the score on any opponent who doesn’t compete with them all game.

Going up against a stronger offense might just play into the hands of the Hoosiers, as they will once again be able to take the pressure off of their forwards and strikers for a majority of the match. However, shot selection and extra ball movement should be items of focus for the team in the week to come.

“The Big Ten environment is just so exciting,” Piper said. “It’s what you work all year for, and every single year we’ve come this close to beating Michigan and haven’t done it in my years here so we’re really excited to start Big Ten with Michigan.” 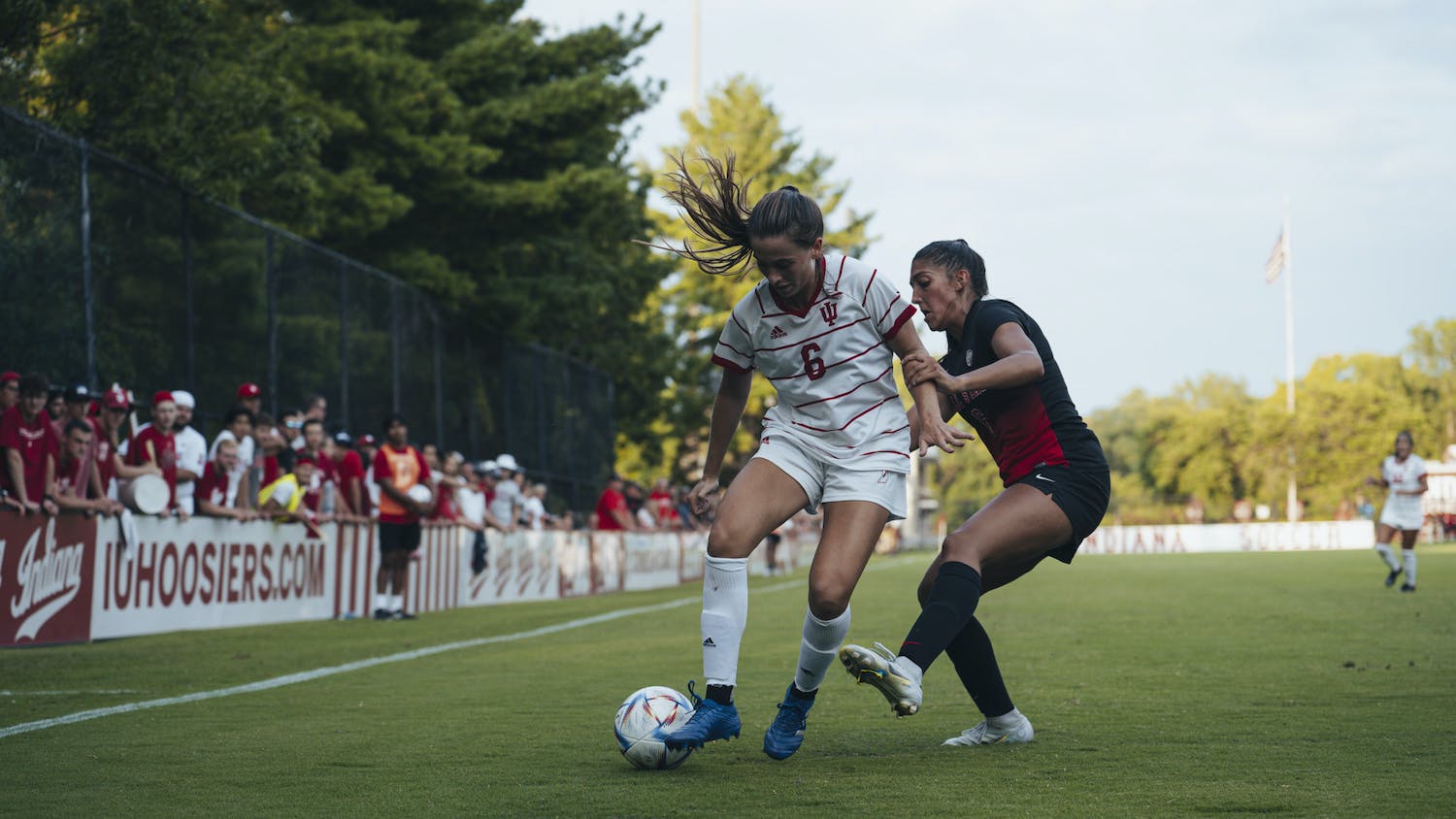